Why Is Jerry Seinfeld “Cancel”-Proof Despite Dating a Teen When He Was Nearly 40?

Spoiler alert: It's because he's rich and powerful. 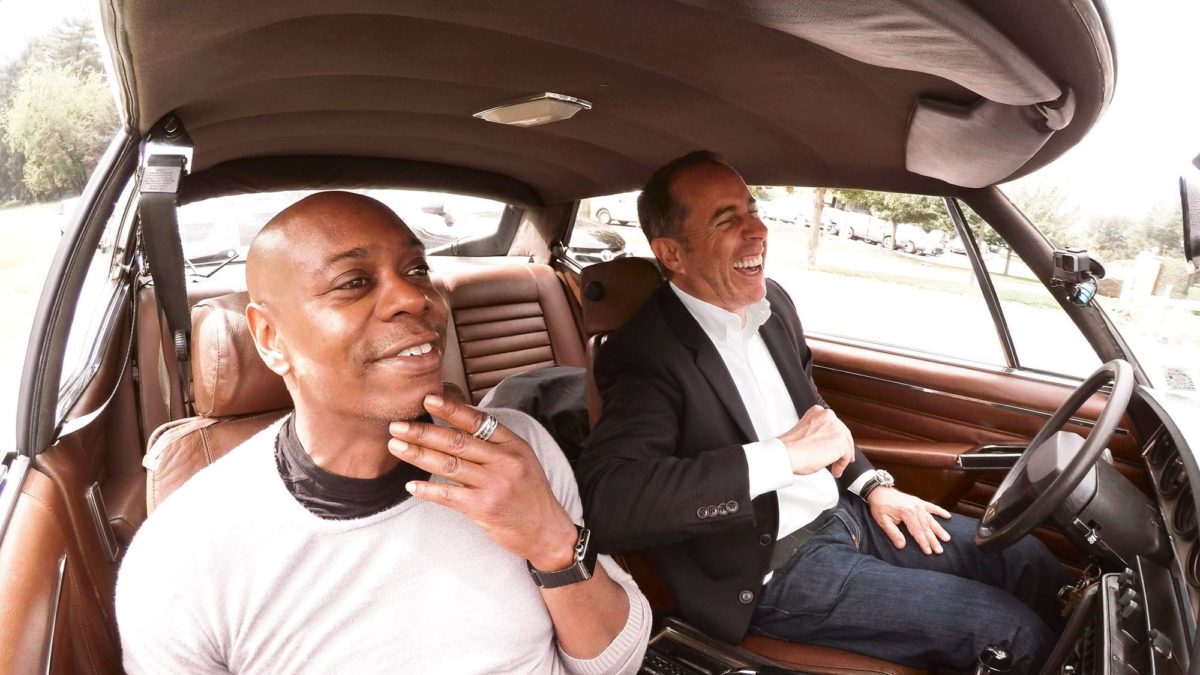 A stand-up routine by Jeremy Kaplowitz is having a moment on Twitter this morning. Performing at “Schtick or Treat,” Kaplowitz does a set as 38-year-old Jerry Seinfeld making jokes about his relationship with a 17-year-old. This bit is inspired by Seinfeld’s real-life relationship with Shoshanna Lonstein (now Shoshanna Gruss).

I did stand-up last night as "1990s Jerry Seinfeld Doing Bits About His 17-Year-Old Girlfriend" pic.twitter.com/hFKr7ie6JP

Seinfeld and Lonstein met in Central Park when she was 17 and a senior in high school. They claimed to the press that they were just friends until she turned 18 and graduated, at which time they went public with their romantic relationship. They dated for four years, and she transferred from her private New York college (where she remained living with her parents) to UCLA in order to be closer to Seinfeld while he was filming his show. They broke up shortly after she graduated from college.

Their relationship caused a bit of a stir, but not in the ways it would today. People magazine made them their cover story in their March 1994 issue, but instead of being centered around the fact that, when they started dating, Lonstein was underage, it was about how “the unlikely couple makes their romance work.”

There are a few jokes about twenty-one-year age gap, (they reference Howard Stern’s quips about Seinfeld luring Lonstein in with a “candy bar” on a string), but mostly, it’s centered around Seinfeld’s struggles to make relationships work as comedy’s biggest star, and how much fun their relationship must be for Lonstein. There are also the usual quotes from their family and friends (with the exception of Bobcat Goldthwait, who ended his friendship with Seinfeld over it) about how “mature” Lonstein is for her age, how age is “just a number”—you know, the whole “she’s got an old soul” bit.

Flash forward to today, and while coverage of their relationship crops up every couple years (like Gawker in 2015 and Dead Seriousness in 2017), it seems that there has been no real public outcry or damage to Seinfeld’s reputation—certainly no damage to his career or wallet. In the same way that people seemed to forget about Drake’s grooming of Millie Bobby Brown when she was 14 (and his history of grooming young women that he goes on to date as soon as they turn 18), or even everyone’s forever fave, Bill Murray, being accused of spousal abuse by his ex-wife (she has primary custody of the kids and a restraining order against him), Seinfeld appears equally “cancel”-proof.

Now, I would like to take a moment to talk about the complications that swirl around the murky waters of the “May/December” relationship swamp. The agency of the teenager (or young twenty-something) is usually left out of the conversation, in favor of pressing the point that they are not legal, (or in the case of a 18–20-year-old, just barely legal). I am NOT making the argument that just because she may have wanted to be in the relationship and felt adult enough to handle it, that it was fine—only that there are many young women out there (myself included, when I was that age) that desire older men, for a variety of reasons. On top of that, teenage girls are in that precarious time where their hormones are raging, they are trying to get a handle on their budding sexuality, and they want to feel like they own their impending adulthood.

Essentially, while they are not mindless objects waiting to be plucked or preyed upon without any say in the matter, they are in a prime position for an older man of extreme power and wealth to take advantage of them for those very reasons. That is what “grooming” is all about. They make the girl (or boy!) feel special, praise her for being “mature” for her age, isolate her from friends and family, and instill a need to please the adult and a fear of losing or angering them. It creates a dynamic in which the predator has all of the power, and when the predator is already one of the most famous comedians in the country, that dynamic was already impossibly unequal to begin with.

And while there is a history in this country of “superstars” having underage groupies and relationships with underage girls (look at Jerry Lee Lewis, Elvis, and even David Bowie—basically the entire history of rock and roll), the age of consent only seems to become an issue when, like R. Kelly, the rest of the relationship or sexual encounter is also explicitly nonconsensual. What even is the point of agent of consent laws, then? Even if the teenager wants the relationship/experience, there’s a reason that they can’t legally give consent! And for Seinfeld, grooming her and waiting until she’s 18 to make the relationship public is not the same thing as, you know, dating an actual adult.

So where is the “cancellation?” Do we have to wait for him to be in his late 80s and million more women to come forward, like with Bill Cosby? I’m not saying that what he did is on the same level as drugging and sexually assaulting more than a dozen women—sexual predation does exist on a spectrum of badness, after all. Rather, I’m curious as to how and when society chooses to condemn their most powerful men for their crimes.

Will he ever face repercussions? I’m not even talking jail time, (if it could be proven that he did have intercourse with her before she turned 18, the statute of limitations is still well up), but more like censure or public condemnation? I’m honestly at a loss as to what an appropriate punishment would be, but it still feels wrong that these, our most powerful men, have not had any.