When the term “woke” was added to the Oxford English Dictionary last month, it was seen by many as an indication of growing mainstream respect for social justice values. Now the term, brought into the current lexicon by the Black Lives Matter movement and other racial equity activists, is getting even more attention after being included as a category on Jeopardy.

“Stay Woke” is a category on @Jeopardy tonight… S/o to the culture! ✊🏾

Unfortunately, this turned out to be a mere display of Jeopardy’s love of puns, and all the questions were about literally staying awake. 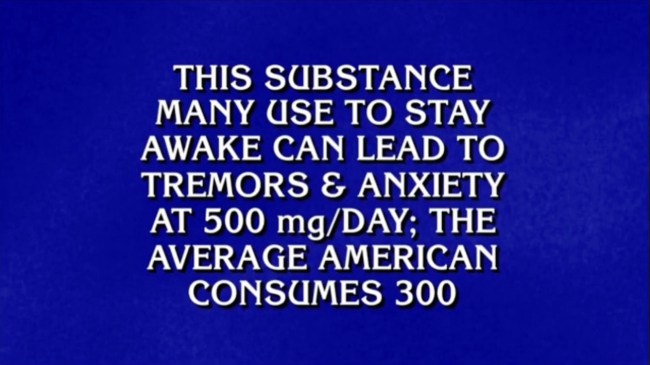 That was a big disappointment for those excited that the term was getting exposure with the Jeopardy audience demographic, the median age of which is 65 and potentially not already familiar with the idea. (There are quite a few Twitter users expressing confusion over the show’s use of what they see as just improper grammar.) Essentially, all the attention being brought to the term and the meaning behind it was cancelled out by this literal interpretation.

and it’s literally about staying awake

#Jeopardy is like, “Let’s do a category called ‘Stay Woke’ and then only ask the three white, male contestants about sleep habits.”

We all know Jeopardy is going to go for a pun where it sees one, but perhaps ideologies centered around fighting racism and other social injustices shouldn’t be their target. As is, the show’s take on wokeness is anything but.