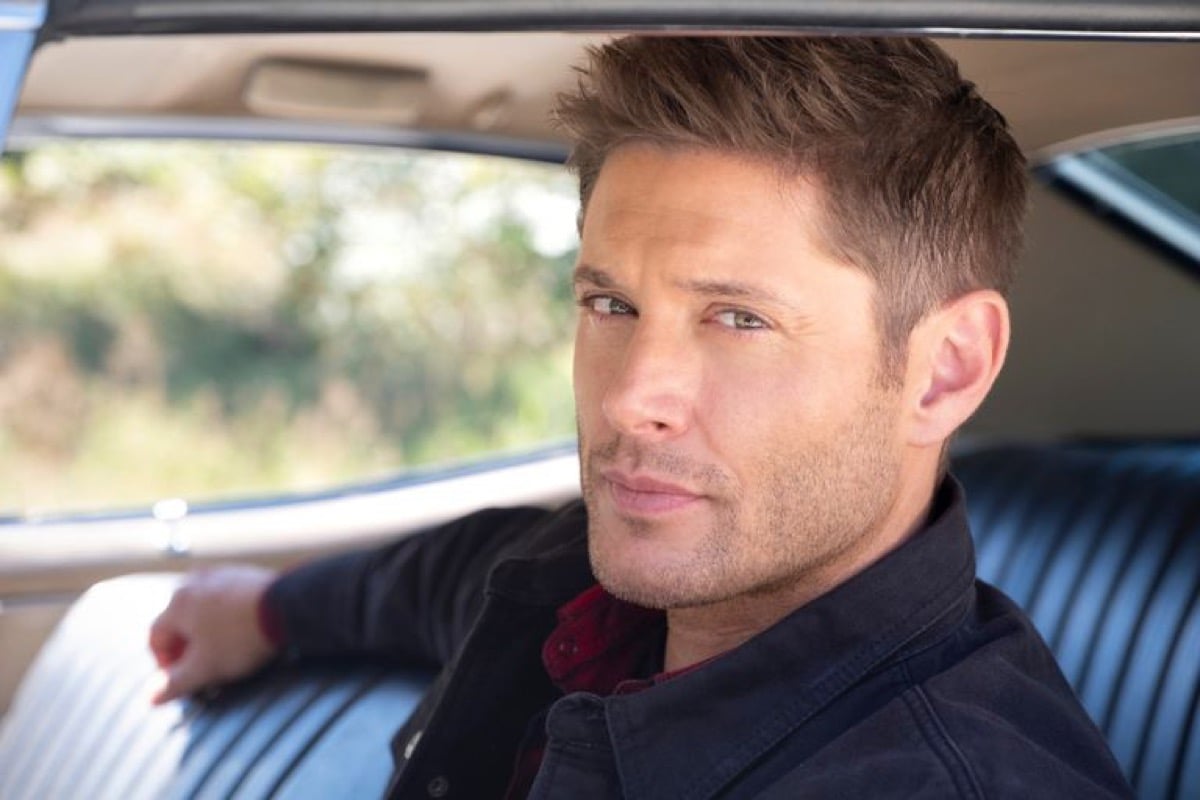 At long last, a collective dream has come true and Jensen Ackles is playing Batman. Yes, after literal years of jokes and connections to Bruce Wayne on screen and off, Ackles will voice Batman in the upcoming animated feature Batman: The Long Halloween: Part One. The PG-13-rated film will be available sometime in the spring or summer of this year and will also star the late Naya Rivera as the voice of Catwoman/Selina Kyle in a role that was recorded before her tragic passing. Rivera also recorded her parts for part two.

The idea of Ackles as Batman has a long fandom history, some of it due to pretty much every man on Supernatural talking like they’re auditioning for The Dark Knight (thanks, Misha Collins) and possibly due to one very popular gif of Dean from the truly stellar episode of Supernatural, “Bad Day at Black Rock.”

But there’s more. Ackles has lent his voice to an animated Batman movie before, as the character of Jason Todd/Red Hood in 2010’s Batman: Under The Red Hood. Ackles was great in that role (and I’ll admit here I’m a biased Dean girl and I think he’s great in most roles) and since that movie came out there’s been a lot of calls for Ackles to either play Red Hood on screen or play Batman himself.

Ackles only stoked these fires when he donned an incredible Red Hood cosplay for Halloween 2018.

He also posed with the costume itself, which appeared in a comic book shop in the Supernatural episode “Mint Condition.”

But Ackles wasn’t done with the DC superheroic fun. Tthe next year in 2019, he went full Wayne with a complete Batman cosplay. Gotta love when actors let their nerd flag fly.

On top of the fan-casting and in-jokes, there’s one more bat connection to Supernatural: Ackles’ on-screen father Jeffrey Dean Morgan played Thomas Wayne in Batman v. Superman: Dawn of Justice. In a weird coincidence, Morgan played the Bat-Dad alongside Lauren Cohan as Martha Wayne, and Cohan appeared on Supernatural as well as thief Bela Talbot, who made her debut in “Bad Day at Black Rock,” the source of the “I’m Batman” line.

So finally, Ackles is Batman—at least in voice, and as part of a pretty hotly anticipated project. The Long Halloween tells a story from early in Batman’s time as the caped crusader, set after Batman: Year One. The animated movie will also feature Josh Duhamel as Harvey Dent, Billy Burke as James Gordon, Titus Welliver as Carmine Falcone, David Dastmalchian as Calendar Man, Troy Baker as Joker, Amy Landecker as Barbara Gordon, Julie Nathanson as Gilda Dent, Jack Quaid as Alberto, Fred Tatasciore as Solomon Grundy, and Alastair Duncan as Alfred. The movie comes from writer Tim Sheridan and director Chris Palmer. The producers include Kimberly S. Moreau and Jim Krieg, who has another Supernatural connection as one of the writers of the incredible “Scoobynatural” episode.

Fans are very excited for this and it will mark the second superheroic role we’ll see (or at least hear) Ackles in post-Supernatural. Right now, Ackles is filming on season three of The Boys as Soldier Boy. We can only hope this isn’t the last comic book role for him.

Been sitting on this news for while now. So excited and honored to be a part of the ‘Batman’ legacy. 😈 https://t.co/FgbK3q7OvE