Jenny, the Doctor’s Daughter, Finally Getting the Doctor Who Spinoff Adventures She Deserves 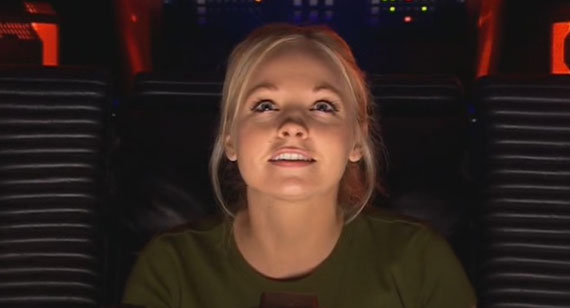 Back in 2008, a Doctor Who episode entitled “The Doctor’s Daughter” brought us just that—kind of. Jenny, as she came to be called, was a brand new Time Lord generated during the episode from the DNA of the (unwitting/unwilling) Doctor himself. She hasn’t been seen since, but she’ll finally return with her own spinoff adventures in the near future.

Jenny was killed in the very same episode, but we all know that Time Lords don’t tend to stay dead—although she came back without fully regenerating into a new body, despite the fact that a bit of Time Lord regeneration energy made an appearance as the only explanation for her revival after being shot. After coming back from the dead, she took off into space in a stolen ship—the banana doesn’t fall far from the tree—and talked about the Doctor-y things she’d do, seemingly providing a cliffhanger ending to her story that has never been followed up on for one reason or another.

Initially, the Doctor wasn’t too happy with Jenny’s existence as a Time Lord with a blank slate, but that certainly leaves her wide open for her own storylines—probably with a lot less angst than the Doctor’s—which we’ll be getting in audio drama form from Big Finnish Productions. The studio has previously reunited characters and actors from David Tennant’s run as the 10th Doctor, teaming him up with past co-stars Billie Piper (Rose Tyler) and Catherine Tate (Donna Noble).

As with those past offerings, they’ll also have the original actor back in the role, with Georgia Moffett returning to voice Jenny. She may not have a TARDIS of her own—unless someone lets her borrow one—but she’ll have a companion like the Doctor, according to Radio Times, played by Sean Biggerstaff. Personally, I was always bothered that, as much as Doctor Who loves to bring back everything from characters and plot points to jokes, Jenny’s story was left a loose end, so I’m pretty excited to see what happens to the character from here.