Jennifer Lawrence Speaks Out About Nude Photo Hack: “It Was So Unbelievably Violating” 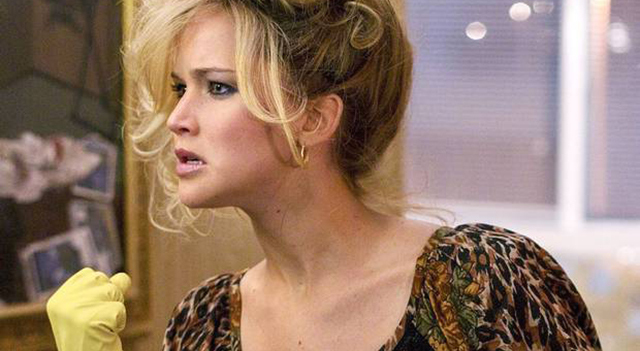 Three years ago, Jennifer Lawrence and several other women were victims of a massive hack, in which a piece of shit posted hundreds of stolen nude pictures for the world to see.

While some did not look, many did, and it was a horrible violation not just by the individual who posted the images, but those who knew and participated. In Lawrence’s case, they were intimate photos meant for her then boyfriend, Nicholas Holt, and those private moments were being shared amongst strangers, globally. In her interview with The Hollywood Reporter podcast “THR’s Awards Chatter,” Lawrence said,

“When I first found [out] it was happening, my security reached out to me. It was happening minute-to-minute, almost like a ransom situation, where they were releasing new [photos] every hour. It was so unbelievably violating. I feel like I got gangbanged by the fucking planet — like, there’s not one person in the world that is not capable of seeing these intimate photos of me.”

When it comes to the monster who did it, Ryan Collins pleaded guilty and is serving an 18-month sentence behind bars. While he’s in jail, that’s a small price to pay for a lifetime of violation that will never truly be scrubbed from the internet. Lawrence herself decided not to go to court, and instead wanted to heal.

“A lot of women were affected, and a lot of them reached out to me about suing — and none of that was gonna really bring me peace, none of that was gonna bring my nude body back to me and Nic, the person that they were intended for. It wasn’t gonna bring any of that back. So I wasn’t interested in suing everybody; I was just interested in healing.”

Jennifer Lawrence may not be everyone’s fav, but what happened to her was disgusting, and I remember reading comments from people saying she brought it upon herself for taking the pictures.

No, she took those pictures for her boyfriend, and even if it had been a casual cuddlebae, those pictures were meant only for who she sent them to. Some hacker used a flaw in a system to hurt these women. You wouldn’t say that all the millions of people whose information was compromised when Uber got hacked should have just never taken an Uber, because that’s a silly argument. People take sexy pictures, they take dick pics, they take nudes, and when sent with consent, they’re fun and enjoyable. So let’s not pretend that’s the problem.