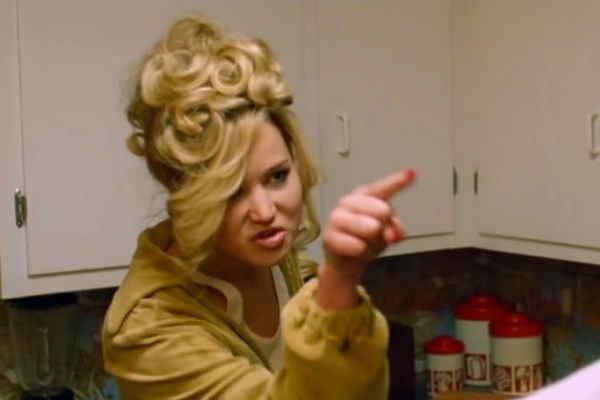 There’s a lot that’s been said about Jennifer Lawrence and how she’s “one of the guys,” according to David O. Russell. But the thing is, according to this interview she did on Bravo’s Watch What Happens Live!, she’s not exactly down with this whole idea of a “cool girl” who’s down with the ridiculous things that their partners put them through. She does identify as a “cool girl” (whatever that might mean these days), but goes out of her way to specify exactly what that means to her.

I hate this. There’s this whole new wave of, like, cool girls who are like, ‘Whatever! I’m a cool girl.’ Yeah, I’m a cool girl too, that’s why you’re not going to Vegas after you cheated on me. I’m cool as hell — that’s why if you’re a douchebag, I’ll leave you.

Lawrence is attacking the idea of a “cool girl” as someone who doesn’t mind that their partner cheats on them or does other gross things. It’s clear that she just doesn’t have time to put up with awful people, and won’t hesitate to call them out and take them to task for being terrible.

Jennifer LawrenceWomen in the World