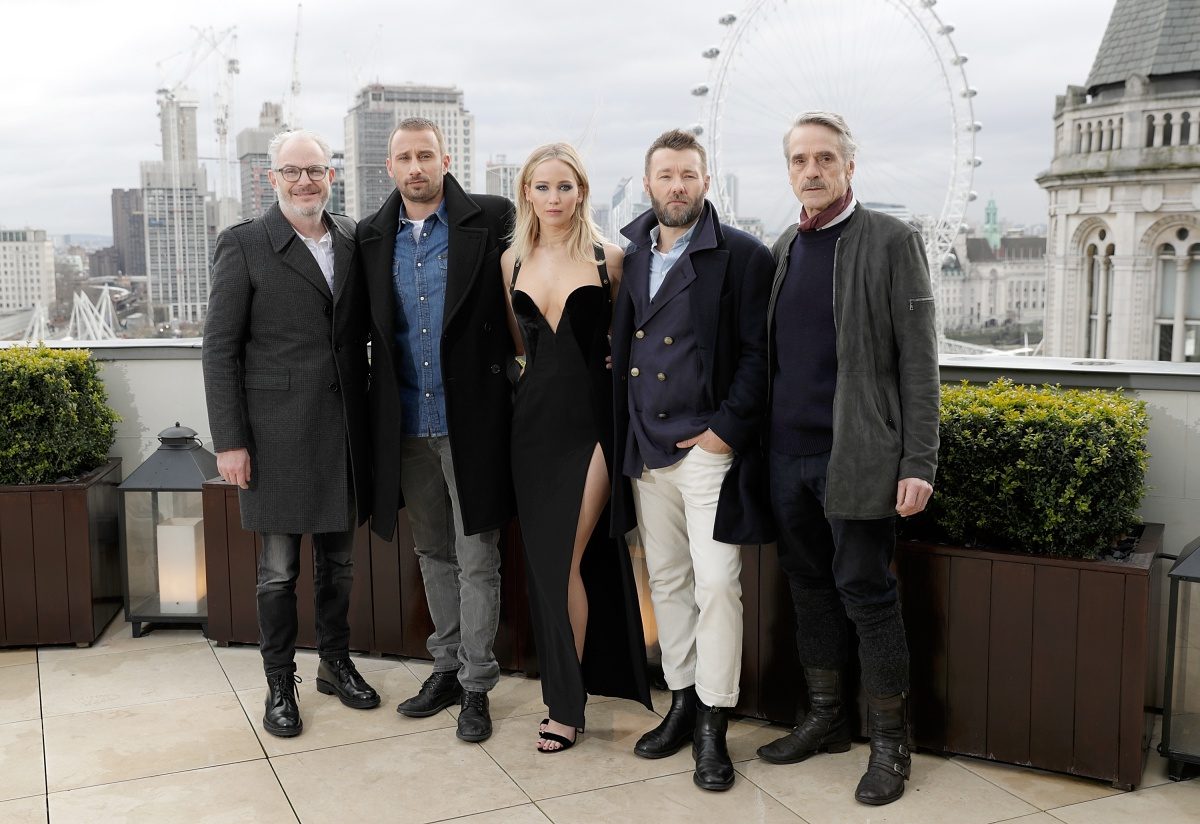 Jennifer Lawrence is annoyed at people who are making an issue about her wearing a dress for her London photocall premiere, while her male co-stars were all in coats, boots, and other “weather appropriate” wear.

As someone who does their best to wear crop-tops all year round (thank you high waisted pants) I understand wanting to wear something that makes you look good regardless of weather. However, the larger issue that is raised with Lawrence post is the “feminism”  vs. choice issue.

Just because something is your choice doesn’t make it feminist. And that’s okay. Not everything a woman does needs to be rooted in feminism, but we also need to recognize that just because we make choices doesn’t mean there aren’t issues with those choices that are outside of our control.

While we say things like “all women should be feminists” and that is totally true, feminism is not always easy or comfortable, especially when we go beyond things black and white issues like equal pay and sexual autonomy into the much less tangible issue of internalized patriarchy and how even the most enlightened of us still fall into traps. Having autonomy doesn’t mean you can’t sometimes do subconsciously sexist things that have been normalized.

I’m not saying this to say that JLaw or women are “brainwashed” but part of feminism, at least in the academic sphere, is learning about how we don’t make choices in a vacuum. We don’t burst into the world fully formed, we take in expectations. I didn’t feel insecure about my gap tooth, my kinky hair, and my blemishes until I saw everyone around me finding ways to change it. Unless you have real dental needs for it, what is really the point of getting braces or veneers if not so that you have “perfect” teeth? It is about beauty standards, and just because it makes you feel good, doesn’t mean that the origin goes away.

It’s not easy to be told that things we do, even things we find empowering or love doing like wearing makeup, heels, really boss-looking Versace gowns are not inherently “feminist.” Yet, I still spend a good chunk of my check on Fenty Beauty because good foundation makes me feel good. Do I do it intentionally to attract someone? No. Is the purpose of makeup to make yourself more attractive and therefore more aligned with beauty standards? Yes. That, of course, doesn’t mean we should attack women who feel empowered by makeup, but not everything that empowers us is intrinsically feminist. And again that’s okay. The important thing is to be aware.

Ariana Damavandi puts in well in her article in FEM magazine:

So sure, a woman may choose to wear make-up and that can be a feminist method of self-expression, but often times the “choice” women make to wear it is rooted in the desire to conform to patriarchal beauty standards. The same goes for shaving and most other beauty rituals, which all serve to reinforce the same narrow and oppressive idea of femininity.

If rejecting a social norm that’s rooted in misogyny results in social ousting and shaming, the choice of opting out becomes more difficult or even impossible. The word “choice” then becomes a misnomer, because for those in a given society, most options are narrow and predefined by their respective power structure. This is especially true for oppressed groups, whose decision-making is rooted in minimizing cost and surviving, rather than simple toss-ups between wearing a skirt or pants to the office.

So, does Jennifer Lawrence looks amazing in that gown? 100 percent, and she should wear whatever she wants. However, it is not sexist to point out that she is wearing a gown and heels in cold weather, while all her male co-stars are wearing comfortable clothes. It is not about Jennifer Lawrence, is the pressure that women feel to dress up and look good in heels and dresses to events, only to walk in seeing their male co-workers in sneakers, jeans, Converse and sometimes even basketball shorts.

I understand the defensive nature of Lawrence’s post. No one likes being told that the choices they make are not their own and I even understand being confused as to how discussing her dress is a “feminist” issue,  but that’s the thing about feminism it is not just about any individual woman. It is about a collective and while choice feminism is, in a way, allowing more women to be comfortable with the label of feminist without feeling stifled, the truth is that feminism is supposed to challenge you. It is a process of always learning and always growing and most importantly, looking beyond any one individual’s choice.