Can Jenna Fischer and Steve Carell Stop Making Me Cry? 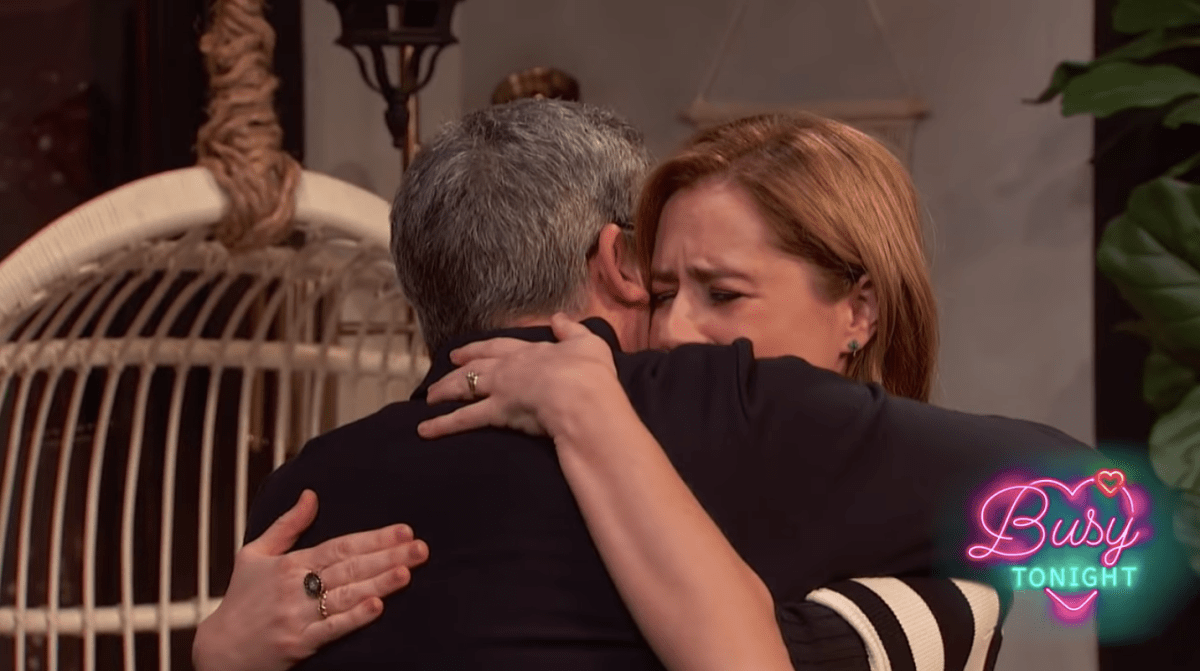 Fans of The Office can understand how it feels to cry over every little thing having to do with the show. Whether it is the cast reuniting together to have brunch or just rewatching our favorite episodes, it’s possible to be in a state of constant tears about The Office. So, what happens when Busy Phillips invited Jenna Fischer to Busy Tonight before her birthday? She had some of Fischer’s castmates from the show send her birthday gifts!

Throughout the segment, Fischer opened boxes from select members of the cast. First, there were snacks that Ellie Kemper and Fischer used to eat together on set. Then came a gift from Jenna Fischer’s real-life best friend (and Office co-star) Angela Kinglsey, which was a shirt with a loaf of bread on it. Something that both Busy Phillips and Jenna Fischer found hilarious.

The gifts went on, and we got to see what Ed Helms gifted Fischer (it was a banjo which is his hobby, so Phillips and Fischer made fun of him for it) but the last gift was probably the most special (and unexpected). Jumping out of her box, ready to scare her and give her a hug, was Steve Carell.

For those who aren’t as obsessed with The Office, the relationship between Fischer’s character Pam Beesly and Carell’s Michael Scott is one that still gives us the feels. When Michael was leaving the show, he didn’t get to say goodbye to Pam. So, in true Beesly fashion, she ran to the airport and we watched their goodbye without microphones on, just seeing these two characters who grew as friends throughout the series say goodbye.

It was heartwarming and drove home why The Office still has so many devoted fans. It isn’t the bonkers antics or the weird jokes, it was the characters and the way they interacted. Their heart and love for one another brought a brightness to our television screens every week and, to be honest, it’s hard not to miss it this day in age.

There’s been buzz for quite some time that the show must go on. In fact, when Steve Carell hosted Saturday Night Live, we spent the entire opening monologue watching as old cast members came back to ask about a reboot and what it could mean to have The Office back on the air.

Does this mean we might see a return of The Office? Can we have that happiness in our lives once again? Please? If not, can we request that Steve Carell and the cast of The Office do little things like this at least twice a year to keep up morale?