Jemele Hill is On The Right Side of History 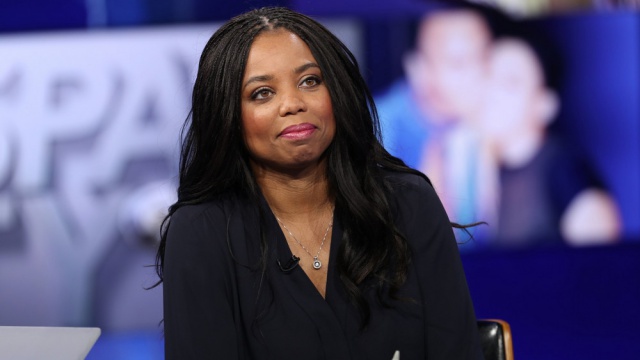 Yesterday it was announced that ESPN would be suspending anchor Jemele Hill for two weeks in response to her tweets that called Trump a white supremacist and for calling out Jerry Jones, owner of the Dallas Cowboys.

ESPN released a statement yesterday via Twitter, explaining their decision:

This play always work. Change happens when advertisers are impacted. If you feel strongly about JJ’s statement, boycott his advertisers. https://t.co/LFXJ9YQe74

Hill was fired for speaking up about the comments made against NFL players that have decided to #taketheknee during the National Anthem. That decision has made many, including our President, call for the punishment of those men. Sarah Huckabee Sanders, White House Press Secretary, even called for Hill to be punished with the White House seal and the American flag around her.

The discussion has been raised about the role of politics in sports and the desire of many viewers to have football, basketball and other sports be a form of escapism. Well, look at the faces of the people playing the game. Those are black and brown faces who in many cases are putting their bodies on the line to play this game because they love it. They don’t get to escape. Even on the field, certain actions can get them called “bullies” or “thugs” or “sons of bitches.”

What is being lost is the reason for the protests. When Colin Kaepernick first took the knee, he did it not to protest the flag or Trump or the military, but to protest the deaths of black men and women by the police. It was a peaceful action done to highlight an injustice and he was within his rights to do so. He was not signed to a major team because of it.

Kaepernick did what Americans have always done, protested the unfairness of government-sanctioned actions. Our founding fathers couldn’t tweet about boycotting Britain, but they did board a British ship and poured millions in today’s dollars in tea into the Boston Harbor.

Hill is on the right side of history and while at this moment it is easy to simplify this event to be about one thing, the reality is that peaceful black protests have always been seen as troublesome. Now we can look at Martin Luther King Jr. and praise his actions, but at the time being peaceful did not stop state troopers from brutally assaulting people during the Selma march.

The Washington Post did an excellent article on this issue that illustrates that the actions we now see as key to promoting Civil Rights were thought of to be disruptive: Watching these players take the knee might be uncomfortable for many people, but what is more uncomfortable is living in a world where the lives of your children hold no value because of their skin color. That is the reality for many of these players and there is no job in the world that can erase that.