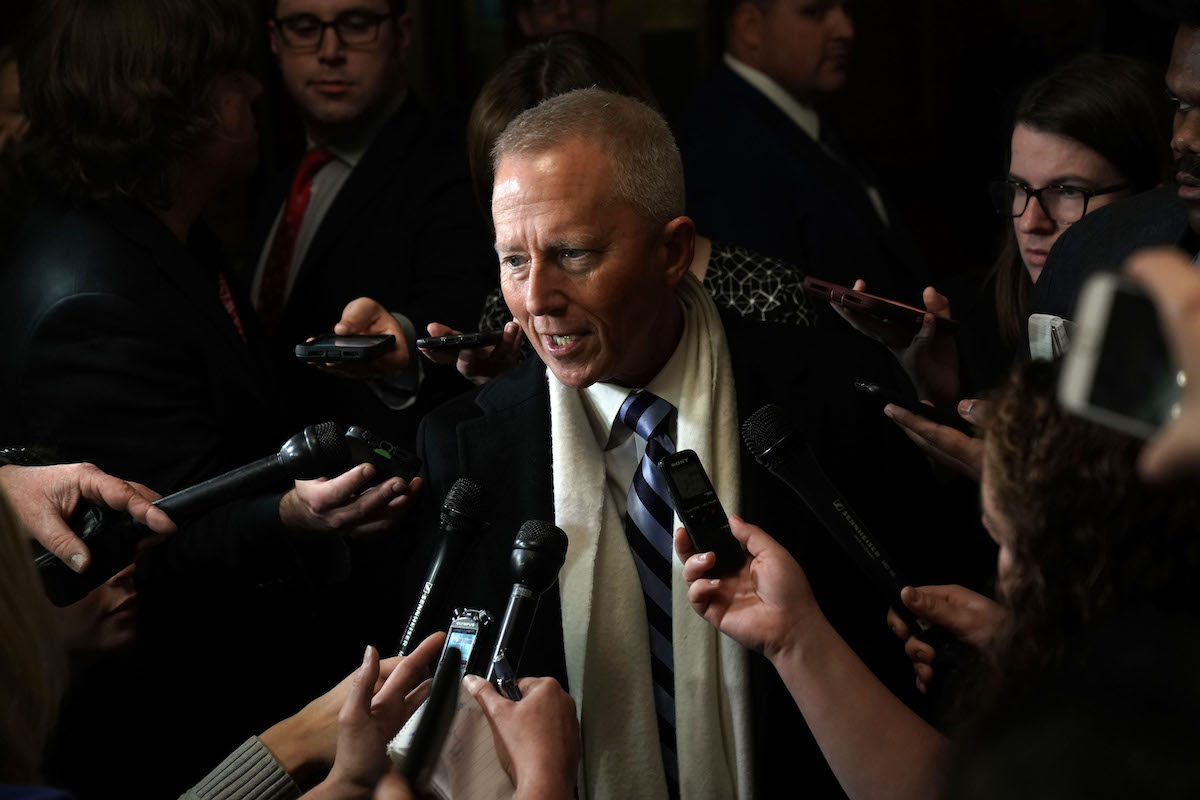 Freshman Congressman Jeff Van Drew of New Jersey is reportedly planning to leave the Democratic Party and become a Republican, just one year into his first term in office. In the last year or so, we’ve seen a number of Republican lawmakers leave their party to become Democrats, but few have gone the other way since Donald Trump took office. As a result of Van Drew’s reported decision, nearly all of his Washington DC staff has quit.

Van Drew is a moderate Democrat from a conservative district but he’s voted against Trump the majority of the time, including some of Trump’s biggest issues like withdrawing troops from Syria and funding a border wall. But he’s also one of only two House Democrats who say they’re planning to vote against impeachment. And apparently, he feels strongly enough about that one issue that it’s driving him from his party altogether.

Five of Van Drew’s staffers signed a resignation letter that’s been released publicly, although according to the New York Times, two more aides have also quit. “Sadly, Congressman Van Drew’s decision to join the ranks of the Republican Party led by Donald Trump does not align with the values we brought to this job when we joined his office,” the letter reads, adding that they “can no longer in good conscience continue our service in the Congressman’s employ.

As for Trump, he’s loving the news. CNN”s Chris Cillizza called the optics of this move a “godsend” for him.

“The image of Van Drew, then, being driven from his party because of impeachment plays directly into Trump’s hands. The President has long argued that Democrats are blinded by their hatred for him and that this latest congressional reaction to his behavior with Ukrainian President Volodymyr Zelensky is nothing more than a partisan hoax,” writes Cillizza.

Wow, that would be big. Always heard Jeff is very smart! https://t.co/7yDPU4N3wd

Van Drew has been in office for less than a year and as recently as this weekend, was fundraising for reelection as a Democrat. Last week, he told reporters the rumors of a party switch weren’t true. “I’m still a Democrat,” he said.

But top Republicans have reportedly been courting him for six weeks, including phone calls from Trump himself and even an Oval Office visit.

It will be interesting to see how Van Drew’s voting habits change moving forward. On pretty much everything except impeachment, he’s been in line with Democratic values and that’s not the kind of thing that goes over well with Republicans.

As for those staffers who felt compelled to resign, they’ve been offered positions with the Democratic Congressional Campaign Committee until they find new permanent positions in new offices.

It’s right before the holidays and these staffers just quit their jobs to stand up for their Democratic values. We’ll bring them and others who leave on with the @dccc until they land new jobs that align with their values. (1/2)https://t.co/MqWVsnAGcN