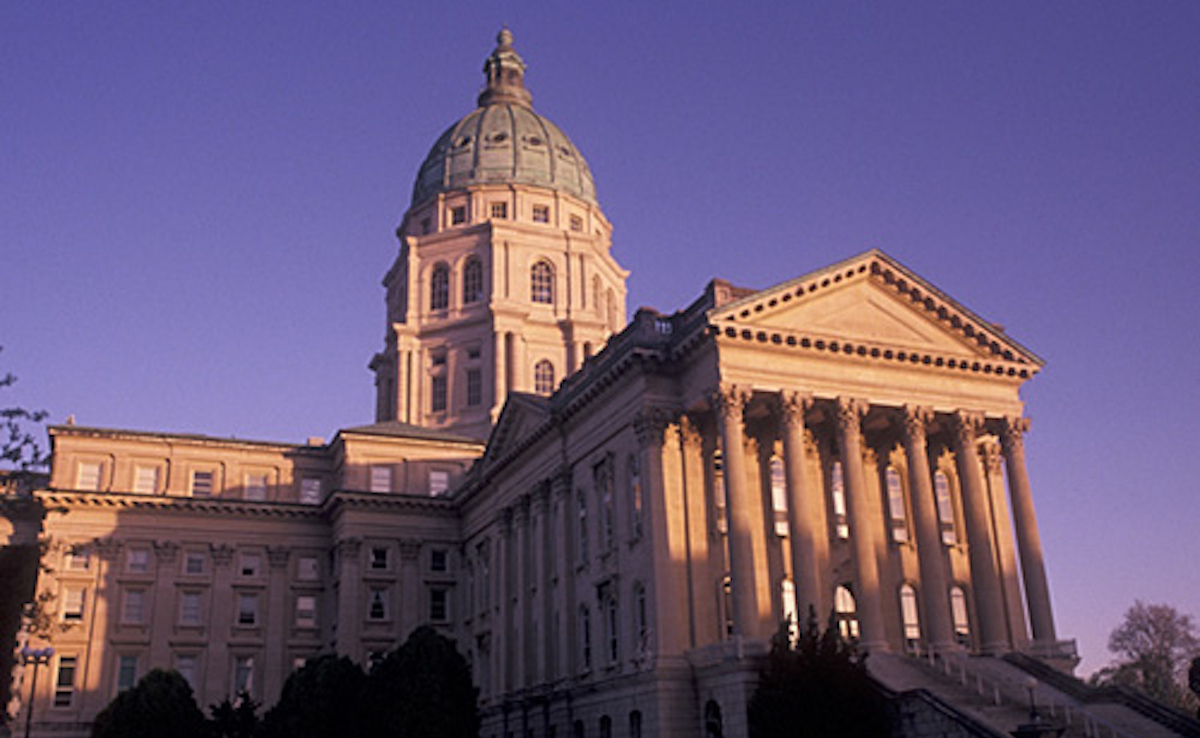 In the last week, four Republican legislators in Kansas have switched parties, joining the state’s Democrats.

First was Barbara Bollier, who has been a registered Republican for 40 years and serving Kansas as one for eight. As for why she’s switching over, she told a local news outlet, “The party has left me. I haven’t changed myself.” She says she’s “always been driven by policy,” but that the Republican Party has taken on an “‘I win, you lose’ mentality” that doesn’t serve their constituents.

Kansas Rep. Joy Koesten also announced she was also switching parties, pointing to perceived pettiness within the state GOP and saying she “just can’t stomach trying to ‘fit in’ any more to a party that grieves me so each and every day.”

Today, two more Republican lawmakers announced they’re leaving the party: State Senator Dinah Sykes and Rep. Stephanie Clayton. Both women identify as moderates with a willingness to work across the aisle to serve Kansans. Both say the Republican Party is becoming increasingly unwilling to do that, instead encouraging division and pushing what Clayton calls “recent moves to support chaos in public policy.”

In a statement on Facebook, Senator Sykes, who is fairly new to office, having been elected only in 2017, wrote, “At this time, I feel like I can either fight to change the Republican party or fight for the state I love and the people I serve. I think I can better serve my state and constituents as a member of the Democratic party.”

Rep. Clayton, who has served since 2013 and was an organizer and leader of the bipartisan Women’s Caucus, wrote that the Republican Party “seems to no longer represent or serve the interests of the 19th District, Johnson County, or the State of Kansas.”

I have consistently campaigned on a pro-education, pro-business, pro-stability platform. I have been a proud Republican my entire life. However, the recent moves to support chaos in public policy have caused me great concern. Johnson County is the economic engine of the state, and the fuel for that engine is our education system. I believe that I can better serve my constituents, and support education as a member of the Democratic Party. I hope to be able to continue to serve as a bridge between parties, helping our Legislature and State find common-sense, bipartisan solutions to the issues we face.

Normally, I would be incredibly wary to scroll down through the comments on those Facebook press releases. But these women are being met largely with praise for their decision.

Moderate Republicans in suburban Kansas are being pushed out of their party by those who still believe in Trumpist extremism, and while surely there are some voters who will continue to vote down ballot for the Republican Party, many more are expressing gratitude for these leaders who value their constituents over partisan politics.