“At Your Request, I Am Submitting My Resignation” Means You Got Fired, Jeff Sessions 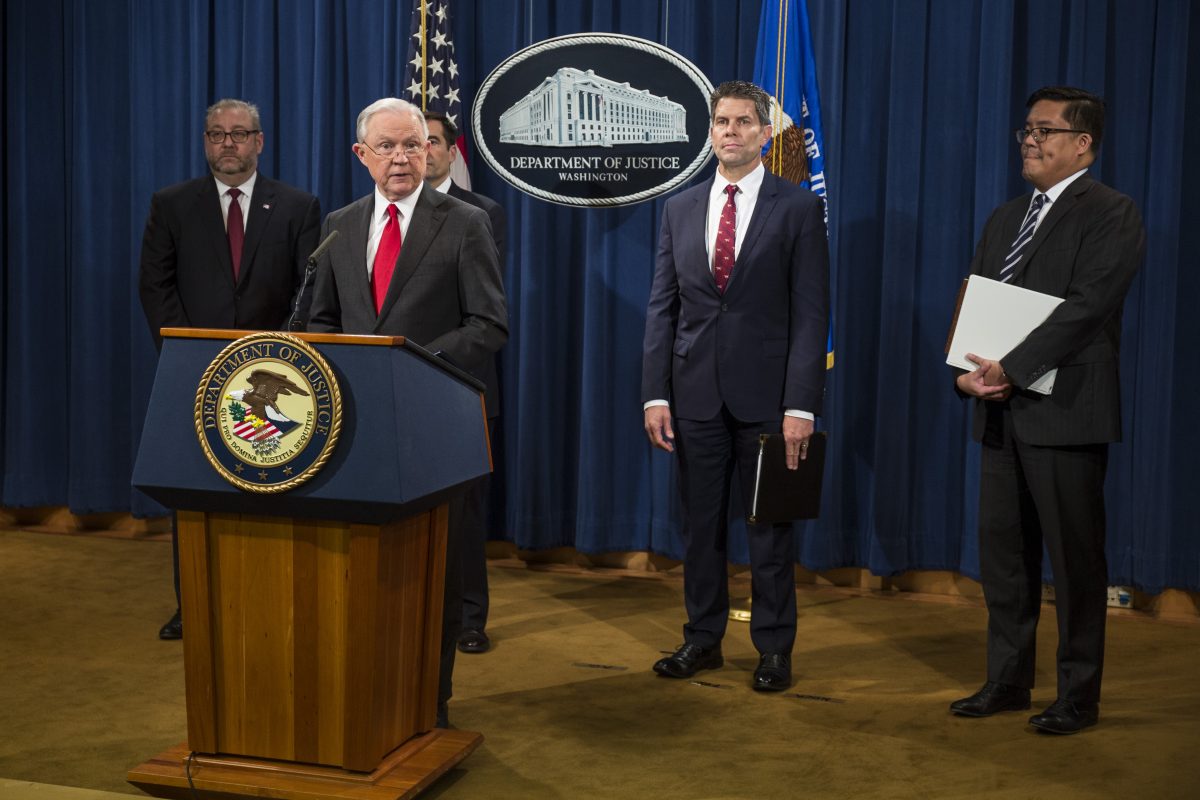 Jeff Sessions just “resigned” from his position as Attorney General. But saying he “resigned” isn’t exactly true because the letter that Sessions posted for his resignation made it extremely clear that it wasn’t on his own behalf. There’s a lot more to this Sessions story—it’s primarily about Trump, Russia, and the Mueller investigation—and so many are taking to the internet to talk about what is going on in the White House.

The letter of resignation from Sessions made one thing very clear: He did not choose to leave.

To be clear, Donald Trump just fired Jeff Sessions. When it says “at your request I am submitting my resignation,” that is a termination.

And Trump clearly did so because Democrats just took back the House and will soon have real power to investigate Trump. pic.twitter.com/nL0Ae8W949

The fact that Sessions included “at your request” was not lost on Twitter users, calling out the direct involvement of the president in the absconding of Jeff Sessions.

“At your request, I am submitting my resignation” is how you say “you fired me and I’m not going to say I jumped.”

Though Sessions may have tried to leave with an ounce of dignity, it just looks like he was fired but is trying to use language to shield that precipitous fall.

“At your request, I am submitting my resignation” sounds like a sentence in which one retains a shred of dignity, but it is not.

It’s 2018 though and even with the news that this is literally verging on a constitutional crisis, we’re still all going to make jokes about it because what else can we do? Sit back and accept the dark reality that is all-consuming?

*me getting dumped*
at your request, I am resigning from this relationship

Because look, jokes are fun. Jokes provide a means of grappling with a truly untenable turn of events. The situation that this country is currently in is … not.

me when i find out one of my faves did something problematic: at your request, I am resigning from this entanglement

If we stop and think about this situation, it ends up throwing all us into a Sarlacc pit of anxiety so it is almost easier to make jokes so that we can distance ourselves a bit from the very real threat to our Constitution that is, theoretically, out of our hands.

“I do declare, at your request, I quit” pic.twitter.com/QWeDc5qWmf

Goodbye, Gollum. Your leaving is sending everyone into a panic and the United States is in total disarray but maybe the memes will continue to be lit! And therein is a sentence I never thought I would be writing about Jefferson Beauregard Sessions III.

“At your request, I am submitting my resignation” pic.twitter.com/12R3Aj13da

I’m going to go live in a cave and pretend like the United States isn’t on fire. It’s a nice cave with WiFi (a huge concern of our new acting Attorney General, apparently), so you’re welcome to join me.

Please meet the man replacing Jeff Sessions for the time being:

See you at the cave.