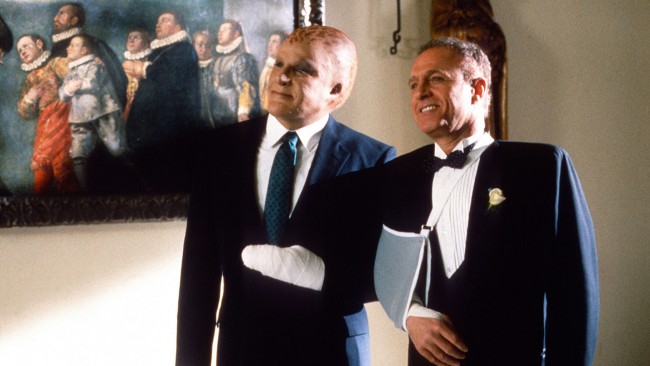 When I was a kid, I dressed up as a Newcomer one Halloween, and wrote notebooks full of Newcomer fan fiction. That’s because ten-year-old me (and yes, I’m totally dating myself. Shut up.) was obsessed with a 1989 show on Fox called Alien Nation, which was based on the film of the same name starring James Caan as a racist cop and Mandy Patinkin as his alien partner. Yes, his alien partner. Anyway, that sci-fi take on race relations is being remade as a feature film, and an interesting choice of writer/director was announced today.

As reported by Deadline Hollywood, the original film “starred James Caan as a racist cop who is forced to team with a member of an alien race which came to Earth when a ship carrying 300,000 enslaved aliens crashed, with the newcomers assimilating in Los Angeles.” Jeff Nichols, who directed the upcoming film Loving about the couple that inspired the fight to legalize interracial marriage, is making a deal with 20th Century Fox to write and direct an Alien Nation film. He’ll be joined by producers Brian Kavanaugh-Jones and Sara Greene, who also worked with him on Loving.

I got all excited years ago, when I heard that Tim Minear was going to be doing a new Alien Nation TV show, only to be disappointed that the entire thing seemed to die in development hell. Honestly, I enjoyed the Fox TV show way more than I enjoyed the film. Still, I’ll be curious to see how the story can be reinterpreted for a 2016 audience. Especially considering the socially-conscious and racially charged country in which we currently live.

To be honest, it’s for that reason that I wish that it were anyone other than a white guy writing and directing this story (In retrospect, the same goes for any future TV adaptation. Sorry, Tim Minear). Alien Nation is the story of a people coming out of slavery and being forced to assimilate into a population they never decided to travel to. At this point, that story could use a non-white perspective. Still, it’s clear from a film like Loving that exploring people of different races coming together and finding some kind of harmony means something to this particular filmmaker.

I’m curious to see how he explores those themes through a sci-fi lens. And I’ll be seeing this film regardless. Childhood nostalgia, and all that. Now, to brush up on my Tenctonese…