The privilege is real. 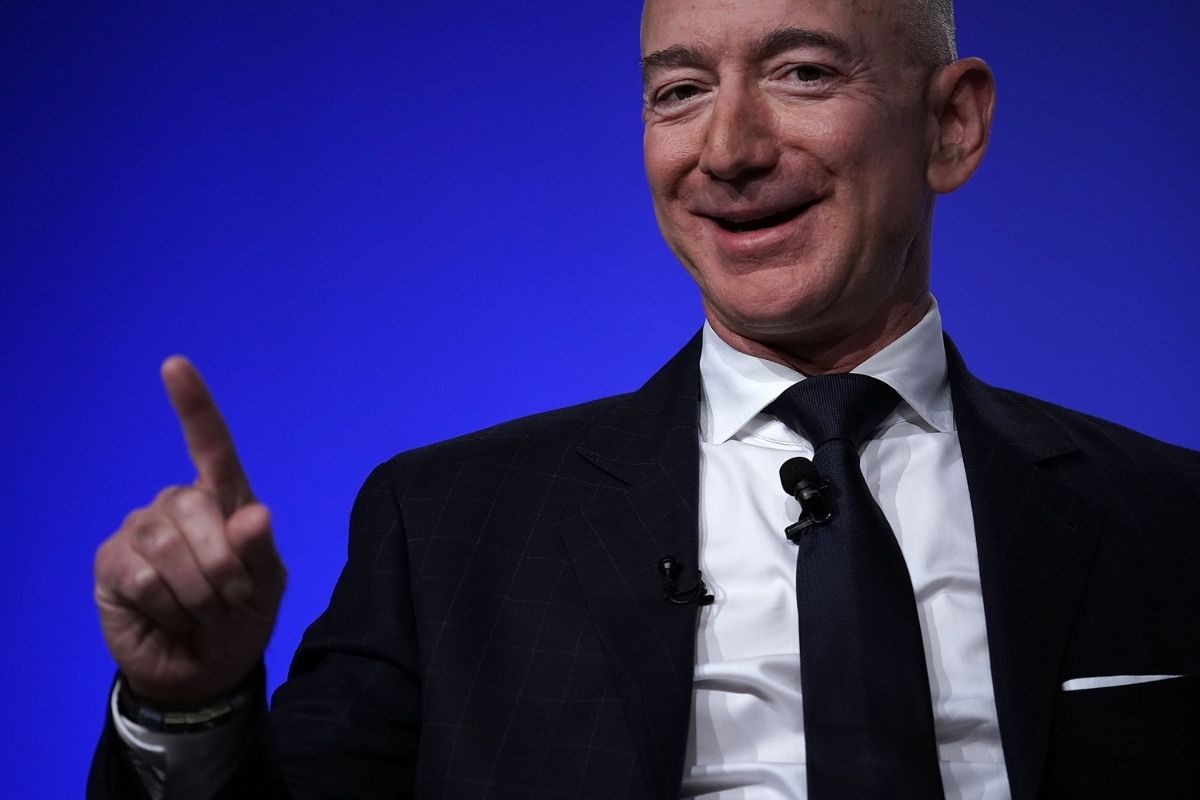 Amazon’s Jeff Bezos is going to space for funsies on the first crewed flight of Blue Origin’s New Shephard, according to CNN, instead of addressing current problems at Amazon. And honestly, I’m not surprised one bit. Blue Origin is Bezos’ space company, and if there’s anyone that’s going to be on the July 20 flight, it’s going to be him (and his brother.)

Ever since I was five years old, I’ve dreamed of traveling to space. On July 20th, I will take that journey with my brother. The greatest adventure, with my best friend.

Blue Origin is set to reach a height of more than 60 miles from Earth for an 11-minute flight on a 59-foot rocket. And if everything goes according to plan, he’ll be the first billionaire to experience something so unique, and personally, so terrifying. Not even Elon Musk, who has been pouring money into SpaceX, has plans to do what Bezos is doing.

And while the internet is making fun of Bezos and his privilege, which I’ll share in a bit, it’s important to note that it seems like a tactic to distract from real issues going on at Amazon. Issues like how Amazon crushes unions, the way they treated their employees that were vulnerable to COVID-19, or the concerns that people are having with the Amazon Sidewalk program: “It’s called Amazon Sidewalk, and the company touts it as a way to help its devices work better, by extending the range of low-bandwidth devices to help them stay online. It does that by pooling neighbors’ bandwidth to help connectivity for devices that are out of range,” using Amazon Echo devices unless users opt out.

The last one, in particular, is worrying consumers when it comes to their privacy and security. Sure, Amazon has promised layers of encryption to protect its consumers, but the fact remains that they are creating a mesh network that no one wants and that can be accessed by others that are not part of your home network.

Also, it’s a huge red flag. Jen King, from the Stanford Institute for Human-Centered Artificial Intelligence, noted that, “The fact that this thing is opt-out rather than opt-in is always a big red flag.” It shouldn’t be something you’re forced into automatically. And Amazon’s promises that it will help you find your lost keys or control your Ring Video system doesn’t elicit the response Amazon hoped it would in trying to convince people to use this Sidewalk system.”

As promised, and because we all need a little levity in our lives when the world’s richest man, who just took Amazon workers’ hazard pay away and is using his wealth to launch himself to space, here are some of our favorite reaction tweets to the news that Jeff Bezos is shooting himself into space and ignoring everything else.

Jeff Bezos is heading to space on July 20, as part of the first crewed flight of his Blue Origin rocket ship.

Jeff Bezos is so rich that he takes trips to space for fun.

“Jeff Bezos to shoot himself into space.” pic.twitter.com/ouE1qSQ0I8

#JeffBezos is so rich he has rockets. 🚀 next is concerts in #space pic.twitter.com/D1x8LoRK0m

Actual images of Jeff Bezos and his brother Mark in space pic.twitter.com/2FeR0a7tCi

Jeff Bezos will be going to space in July. Being one of the richest guys in the world isn’t enough, now he wants to b the richest guy in other worlds.