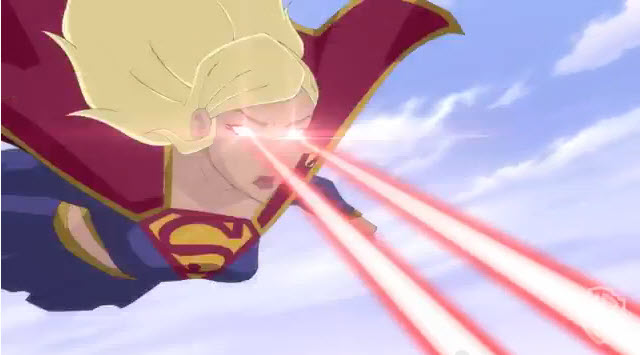 Seems like a lot of Republican presidential candidates have been dropping references to superheroes this political season, what with Donald Trump calling himself Batman, Ted Cruz dumping out his proverbial action figures, and now Jeb Bush telling the world he thinks Supergirl is hot. And he didn’t mean her heat vision.

When Jeb Bush received a softball question about his favorite Marvel superhero, the New York Times reports that he quipped: “I like watching the movies, and I wish I owned Marvel, as somebody who believes in capitalism.” Sure. It would always be nice to be even richer, right?

Anyway, Bush went on to say, “I’m kind of old school. I kind of like the old-school guys, like Batman.” And then —

Supergirl is on TV — I saw that when I was working out this morning. She looked pretty hot. I don’t know what channel it’s on, but I’m looking forward to that… that will make news.

I’m not going to make fun of the man for not knowing the difference between DC and Marvel, nor for his accidental implication that DC is “old school” and Marvel is somehow “newer.” I don’t expect a person who doesn’t read comics to know, well, anything beyond what they see in the world around them on massive billboards and TV commercials. In that context, answers like “Batman” and “Supergirl” make sense, even if they don’t relate to the question at hand. Bush probably felt like those answers would be topical while still lending him some credibility. He’s wrong, of course — but I get why he thought this would work.

As for his comments about Supergirl, well … Jeb Bush must be assuming that comic books (and their screen adaptive counterparts) still obey the unspoken rule that male comic book heroes got to be, well, heroes — and any female superhero is eye candy first and super-powered second. I don’t actually think that’s the intent behind the Supergirl show, and anyone who would assume that it will be … well, it’s definitely “old school” to think along those lines.