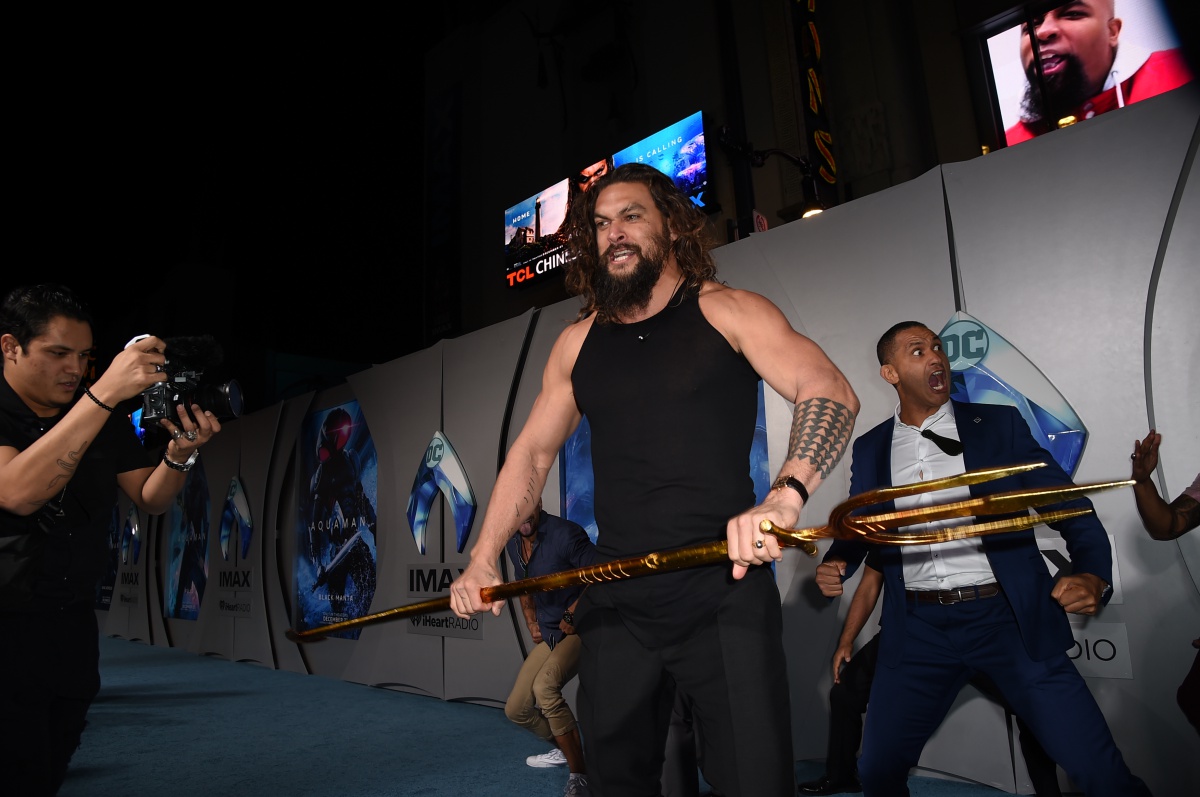 Last night, Jason Momoa—husband of Lisa Bonet, King of the Seven Seas, and one of the only men gorgeous enough to truly rock a bun—walked the blue carpet to celebrate the release of Aquaman.

Momoa’s incarnation of Aquaman/Arthur Curry gives visibility to mixed-raced Polynesians everywhere by allowing an incarnation of one of DC’s most iconic characters to now look like them. It’s exciting and one of the reasons I’ve been rooting for Aquaman since Momoa was cast. For all their sins, at least it didn’t take the DCEU eighteen films to feature a non-white superhero. We can give them credit for that.

And because Jason Momoa infamously has no chill, he performed a haka at the premiere, at one point breaking his trident over his knee. It was lit.

But of course, there was the inevitable white opinion. In a now-deleted tweet shared ’round the internet today, one white person said that this “wasn’t the place” to perform the haka to promote the movie.

Now, of course, there is a place for that discourse among the Polynesian community, about Momoa leading a culturally Māori dance, even if there are other Māori dancers included, when he himself is Hawaiian—or if he is doing some blend of the Hawaiian ha’a and the haka. Polynesian culture is not a monolith, and that should be respected.

However, that’s not for some white dude to come and try and play respectability politics as if the dance itself is offensive to be done in a public space, celebrating a movie that is meant to showcase a Polynesian lead, including multiple Māori actors.

For those who don’t know, a haka is a ceremonial dance in Māori culture, used to celebrate or challenge. Haka are performed to welcome distinguished guests, and to acknowledge great achievements, occasions, or funerals. Aquaman would count as a great achievement.

As for myself, also not Polynesian, but a person of color, my own role in this to highlight discourse from those who are and remind you that this is a great opportunity to follow Polynesian writers and respectfully read the conversations without feeling like you need directly comment.

There is a lot of great conversations going around Pasifika Twitter about the problems with a Hawaiian (Momoa) leading Māori dance.

Outsiders need to be quiet and respect that while some pasifika people are happy, others are RIGHTFULLY upset and should be heard. https://t.co/sg8Hpa8eYV

Everyone talking about Jason Momoa’s blue carpet haka:
1. Its called “Tangaroa Ararau” and was written for the occasion.
2. Temuera Morrison is IN the haka & in the film. He has competed in kapa haka at a national level & has been best male leader. U cant FW Matua Tem.
👀👅💪🏽🔱🌊 pic.twitter.com/LEQXsUHn5g

What is important, for those of us not of Polynesian heritage, is being able to appreciate that superhero movies are bringing visibility to different cultures in their casting. Jason Momoa as Aquaman will allow an entire generation of kids and kids-at-heart to see themselves in a superhero like never before, and that’s a beautiful thing.

Patrick Wilson, who plays King Orm in #Aquaman, says it’s “monumental” to be in a film featuring a mixed-race superhero https://t.co/a7Og507hlT pic.twitter.com/KZoLnCpoDo