Queasy Does It: Jason Bourne Made People Nauseous in Beijing, Inspired Protests for Refunds 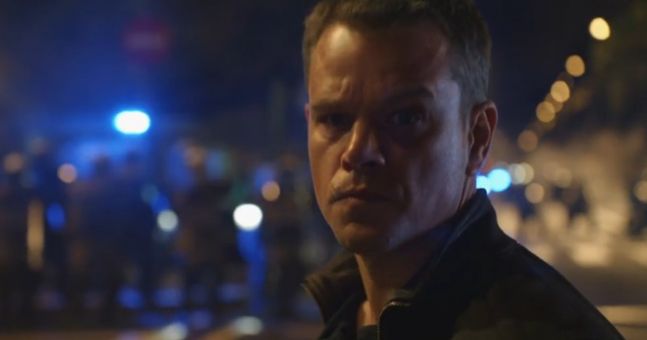 Jason Bourne seems to be running into trouble everywhere he goes.

This time, it seems that a whole lot of people who watched an “exclusive” 3D version of the film created for select Asian markets, have found themselves afflicted with significant nausea while watching the movie. While this is a pretty common complaint of many people who dislike 3D movies in general (myself included), this particular situation is noteworthy because of the fact that this version of the film, which, again, is “exclusive” to these markets, seems to make an above average amount of people sick.

One of the likeliest contributors to this nausea might be Paul Greengrass’ editing style, which can be described as somewhat frenetic or shaky. You’ve likely noticed similar patterns in other action movies before, as when action begins to ramp up and things start happening, the camerawork gets more and more rocky or turbulent. It’s become somewhat of an action movie hallmark, in a way.

This, combined with the nausea sometimes brought on by 3D movies, might explain why so many people were unhappy with their moviegoing experience.

Exacerbating the situation is the fact that 3D screenings outnumbered 2D screenings. Only eight of Beijing’s 149 theaters provided an alternative to the overwhelmingly 3D-dominated release, according to the Chinese newspaper, Global Times. As a result, customers in Beijing’s Chaoyang district have begun protesting, demanding refunds from theaters. As well, Universal’s Beijing office has promised that they’re working to increase the number of 2D screenings to compensate.

Whether this situation or these protests will actually inspire any change in the prevalence or utilization of 3D technology remains yet to be seen, though it isn’t likely. 3D shows, after all, carry a hefty premium price that viewers seem all too willing to pay. As long as we keep shelling out the dollars, studios will keep making with the 3D.