Can You Not: Jared Leto May Get His Method Acting All Over a Potential Tron 3

Come on, Disney. Fight for the fans. 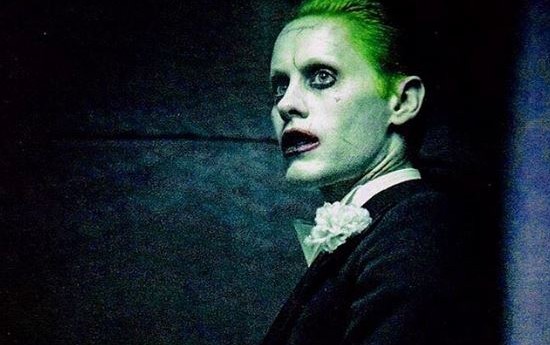 Hot on the heels of Tron: Legacy director Joseph Kosinski insisting that the supposed Tron 3 sequel isn’t dead comes rumors that Disney is actually considering casting for the film. The terrible thing is that they’re looking at potentially bringing Jared Leto on board for the project, and frankly, I’d like to just offer a resounding, emphatic, fuck no.

But first: let’s look at the plot. According to that chat with Kosinski, the sequel wouldn’t be about humans’ foray into the world of programs, but rather the opposite: computer programs would invade the real world. Those of you who saw Tron: Legacy will remember that this was essentially the plot; Clu, the villain and a clone of Kevin Flynn (Jeff Bridges), wanted to invade the real world in order to remake it into his own image, essentially. You know, typical tyrannical evil bad guy stuff.

They don’t succeed, but Quorra (Olivia Wilde) escapes with Sam Flynn after the events of Tron: Legacy, essentially providing a bit of a foreshadowing of what may come.

Leto’s role in all of this? He’d apparently be playing a character named Ares, who The Hollywood Reporter says “has not appeared on screen before but was a key player in that script,” of course referring to the previously tossed Tron 3 screenplay. What’s more, there’s no news about whether any of the other Tron cast would be returning to reprise their roles, so this may well be a reboot of a movie about, uh… reboots.

Of course, this is all speculation, as THR also says that Disney is merely in the exploratory stages, speculating about what a Tron 3 movie might look like.

Might I humbly suggest, though, that you maybe not cast Leto here because please oh lord please no?

Here’s the thing: the Tron franchise is one that is, at best, embattled, at least within the mainstream. It has a fierce, fierce cult fan following, and the original is, in so many ways, truly a classic film within science fiction. To bring on the highly polarizing Leto, thus essentially compromising a decent chunk of the sequel’s hopeful success, would be highly disappointing to say the least.

I honestly do not care one bit about the fact that Leto won an Oscar for stealing a role from a trans actress in Dallas Buyers Club.

I just think that the Tron franchise deserves better—so much better.

(via CBR, image via Warner Bros.)