New Japanese Mega-Elevator Can Carry 80 Passengers at Once (Or: Just 65 Americans) 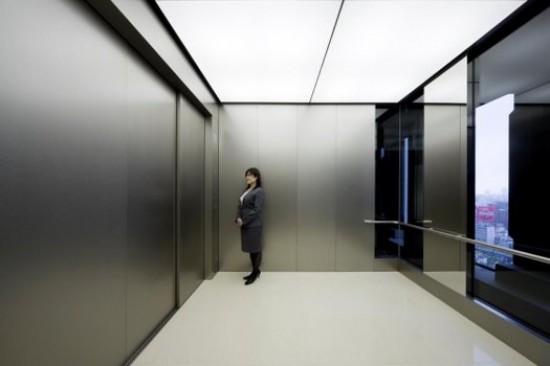 Mitsubishi has just finished installing five monster-sized elevators in a building in Osaka, Japan, each capable of carrying 80 people apiece, by Mitsubishi’s measurements, for a total of 11,574 pounds of capacity versus the 1,000 to 6,000 pounds normal elevators carry. According to CBS, these are the largest elevators ever constructed, measuring at 11.15 ft. wide, 9.2 ft. long and 8.5 ft. tall.

It’s worth pointing out that these elevators wouldn’t get as much bang for their buck if they were dealing with American passengers:

That’s still a lot, but it goes to show a mega-elevator just doesn’t get you as far in some places.