The Sendai Earthquake in Sound 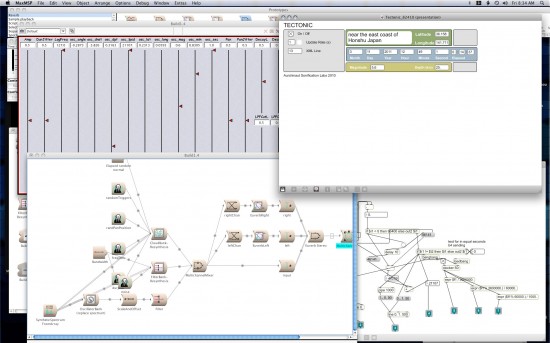 Japan continues to work its way out of the destruction caused by yesterday’s massive earthquake. Today, there were reports of aftershocks, a rising death toll, and evacuations around a troubled nuclear power plant. In the aftermath of such a disaster, many are trying to convey the magnitude of the event and the damage in a meaningful way to those outside the country. Pictures and videos have been steadily filtering out of the country since the beginning moments of the disaster, but musician Micah Frank had another approach.

Frank has created Tectonic, a program that takes seismic data and processes it into sound in realtime. He released the “sonification” of the Japanese earthquake yesterday.

Keep in mind, this eery and often grating track is not exactly what the quake sounded like, but rather an interpretation of the seismic data.

Frank’s work with sonification focuses primarily on sounds that do not actually exist, with his other works including synthesization of sound from solar and traffic data. The tectonic sonifications are no different; we can see the destruction caused by the earth moving, and the strife that follows, but the actual cause of the quake is hidden beneath the ground. Perhaps it’s that sense of outlining an invisible and deadly force that makes it so strange to listen to.