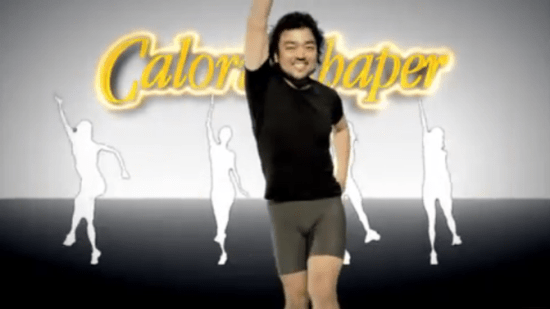 Japan is the world’s premiere source of both off-the-wall ideas and weirdly catchy dance tunes. That being the case, it comes as no surprise that Japan is the source of an upbeat disco tune extoling the virtues of Calorie Shaper, a $32 pair of undergarments that claim to increase the calories burned by walking. Apparently, they achieve this effect by having a resin coating that makes them stiff, and the resulting resistance adds up; a 140 pound man walking 90 minutes a day can burn calories equivalent to about half a liter of beer every week. Of course, that assumes he has a week’s worth of this rather expensive underwear, or poor hygiene. Either one, I guess.

Crazy-awesome disco commercial that will totally get stuck in your head after the jump.