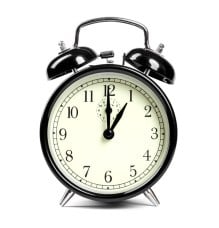 The 8.9 earthquake that hit Japan last week caused a lot of destruction, spawned many rumors of celebrity deaths, and now, it turns out, has actually shortened the length of the 24-hour day. According to Richard Gross, a geophysicist at NASA’s Jet Propulsion Laboratory, the earthquake actually accelerated Earth’s spin (by rearranging enough mass), which shortened the length of the day by 1.8 microseconds. To put that into perspective a bit, a microsecond is one millionth of a second, so we won’t have to reinvent the clock anytime soon.

(via The Manila Bulletin Newspaper Online)