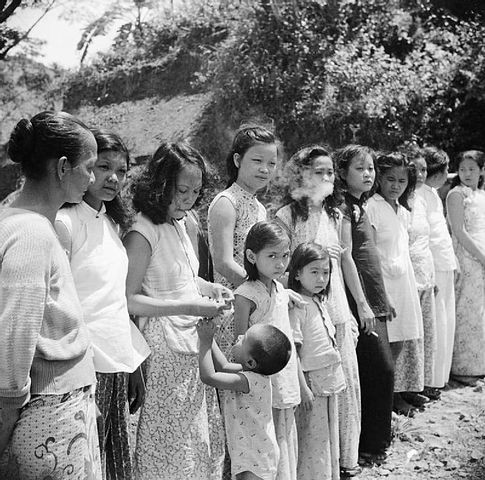 Japan just recently officially apologized for forcing South Korean women to be “comfort women” during the events of World War II. The term “comfort women” is a thinly-veiled misnomer for the over 200,000 women who were forced into sexual slavery in service to Japanese servicemen. As of today, South Korea has accepted the Japanese apology, which also came with a promise to contribute 1 billion yen to a victim’s fund.

But how many victims are left? According to Jezebel, who shared the story of the apology, only 46 of the 200,000 women are alive today.

The stories of these women’s experiences are horrific, and the fight for an apology has been a long one. Japan had previously apologized back in 1993, but many doubted whether it meant anything or not. Since then, this issue remained the elephant in the room between the Japanese and South Korean governments. The monetary contribution is a step forward towards the Japanese government fully acknowledging and accepting responsibility for what happened.

For context: 1 billion yen is about $8.3 million. Alex Burns of the New York Times compared this contribution to how much the NYPD pays out annually for settlements, and it wasn’t pretty:

Numbers in context: this is a tiny % of what NYPD pays out in legal settlements in *1 year* https://t.co/bvu70kVkfp pic.twitter.com/Egb8nIunHM

It’s interesting to look at the contribution in that context. It raises the question of whether this is simply a token gesture, or an attempt to sweep the past under the rug. Regardless, Japanese Prime Minister Shinzo Abe called and apologized to South Korean President Park Geun-hye. It was Abe’s hope that they “not drag this problem into the next generation.”

I’m not entire sure what Prime Minister Abe might have meant when he said that they didn’t want to “drag this problem into the next generation,” but I feel it’s important to point out that while moving on is an important part of forgiveness and growth, it’s also important to not forget the past. While the apology and monetary contribution may take the edge off of the issue, it’s still a part of history, and should be acknowledged, not left behind.

It could very well be that Prime Minister Abe meant something completely different. But still, I hope that they don’t think a phone call and some money will erase the past.