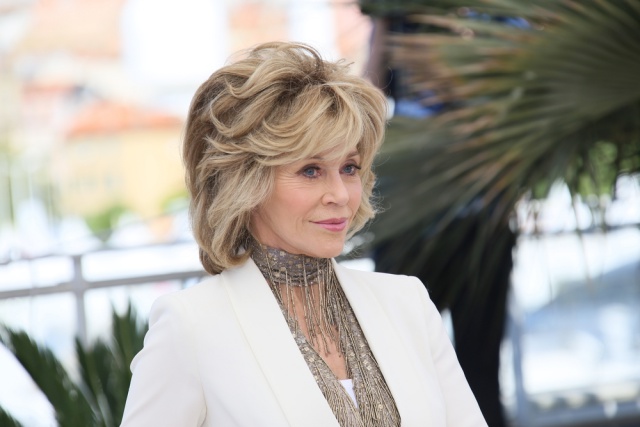 Actress and activist Jane Fonda, along with fellow activist and author Gloria Steinem, spoke to MSNBC’s “All In With Chris Hayes” on Wednesday about the Weinstein situation and whose voices are being heard.

Fonda brings up a point that I think is really important to discuss when she says,”It’s too bad that it’s probably because so many of the women that were assaulted by Harvey Weinstein are famous and white and everybody knows them. This has been going on a long time to black women and other women of color and it doesn’t get out quite the same.”

Of all of the women who have come forward specifically about Weinstein, the only woman of color has been Lupita Nyong’o and she was the only one he has come out to deny. Now black women and other women of color have been at the forefront at the creation and activism surrounding #Metoo from the beginning, yet those are the same voices that are always struggling to be heard. What would have happened if the women who came forward were women of color? Would they have been believed as quickly even with the same numbers?

According to the Connecticut Alliance to End Sexual Violence, “for every African-American woman who reports her rape, at least fifteen African-American women do not report theirs.” Not to mention women of color overall are at higher risk for rape and sexual assault in the United States. It is important moving forward that we do whatever we can to amplify the voices of marginalized people who may not feel they can come out.

We need to keep working towards dismantling those power structures, as Gloria Steinem states in the same segment:

“If you steal money, you probably get arrested and convicted, because everybody says stealing is wrong. But if you do something that is very sexist or racist, because there still is a critical mass of bias in this country, it takes more cumulative instances for it to be recognized,” she said. “So we have reached a tipping point I think.”

We have reached a tipping point, but it is important that the momentum keeps growing and that we are carrying on these ideas beyond Hollywood. Especially since schools are not going to able to handle campus rape the same way they could before under the Obama administration, we still live in a society where women are not getting paid equally, and women continue to be underrepresented in positions of power.

The fight has only just begun.