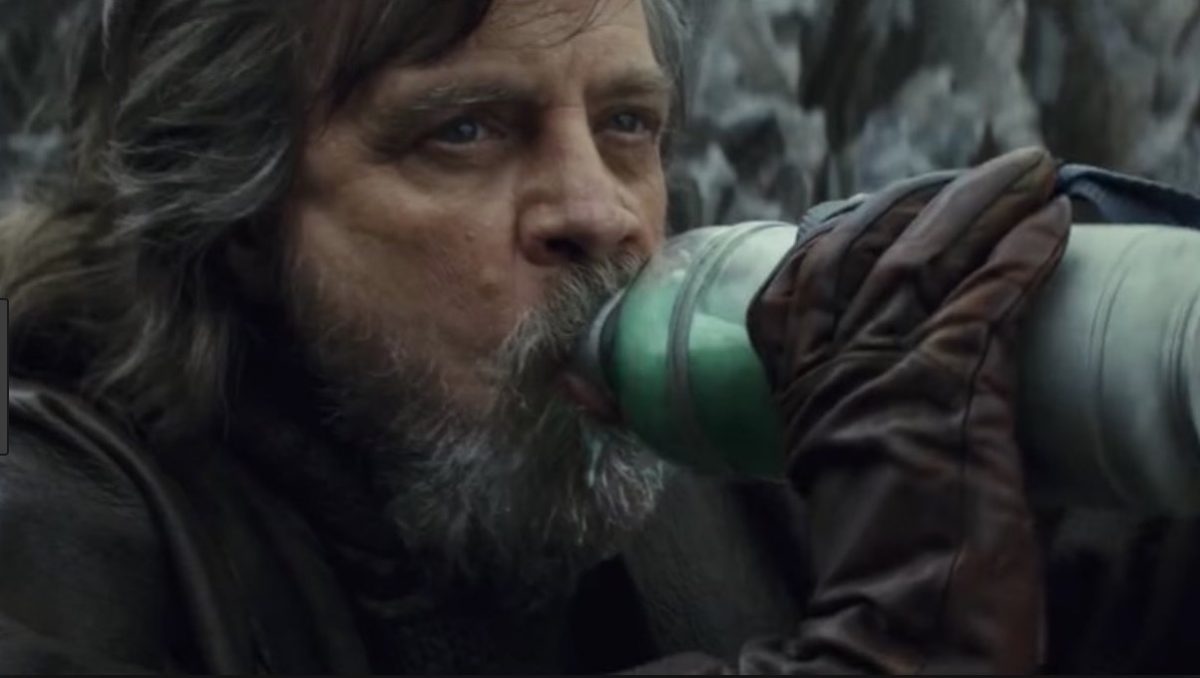 Guardians of the Galaxy director James Gunn and Star Wars star Mark Hamill enjoyed a friendly neighborhood coffee yesterday in their warm Malibu neighborhood, after which Gunn understandably geeked out on Twitter and Hamill did the same with the genius hashtag #FunWithGunn.

Of course, their evening fueled lots of fan speculation about whether or not Gunn might have a role for Hamill in the new Guardians, or if they would collaborate sometime in the future. Whether or not they talked business over dinner is unclear, but it definitely sounded like they had a good time.

The two had been circling plans since early this year, which started when a fan suggested Gunn put Hamill in Guardians Vol. 3:

I think @HamillHimself lives around the corner from me in Malibu so he can just come over and we can talk about it over a cup of coffee.

I would be happy to do so, both as a good neighbor & an unemployed actor.
All the best, mh

Haha let’s do it.

DM me for my contact info if you’re serious.
(& a good neighbor)
xoxo, mh

(Reader, he was serious.) The two began direct messaging, and Hamill said in an interview that the encounter was a neat example of making friends over social media. The actor also clarified that while he’s a big fan of the Guardians movies, he’s not trying to lobby a role for himself. Scheduling is hard, though, especially when you have lots of projects going on. Still, the two remained in touch.

I am in Atlanta but I really DO want to grab that cup of coffee with @HamillHimself when I’m back! https://t.co/7TimiRGVBn

I got the milk and coffee covered.

That’s all we have in my house anyway.

Fast-forward a few months later, when the coffee finally happened. It turns out that Hamill and Gunn aren’t members of the “‘Omg we should totally grab coffee the next time you’re free!’ and then ghost” crew:

Finally stopped by @hamillhimself’s for that cup of coffee we tweeted about months ago. & some bbq. & cornbread & cobbler & OKAY IT’S TRUE I ATE THE HAMILLS OUT OF HOUSE & HOME BACK OFF. Honestly, he’s an amazing guy & I’m grateful to him & the whole Hamill clan for a great day. pic.twitter.com/u8E6Ak3XWT

Such a great day meeting my neighbor @JamesGunn! We have so much in common & talked about EVERYTHING: the weather, gardening tips, favorite recipes, growing up Catholic, our mutual love of dogs, bleu cheese, risqué limericks & the weather again. #FunWithGunn pic.twitter.com/5Gw1VTyHRU

What did the two talk about? Apparently, everything. In addition to the topics Hamill listed above, Gunn lists an even wider list of topics that range from the practical to the professional to the silly:

Specifics? Gunn loves Kingsman. They both love blue cheese. There was some hot blue cheese gossip that Dave Bautista caught onto:

Only in the evening.