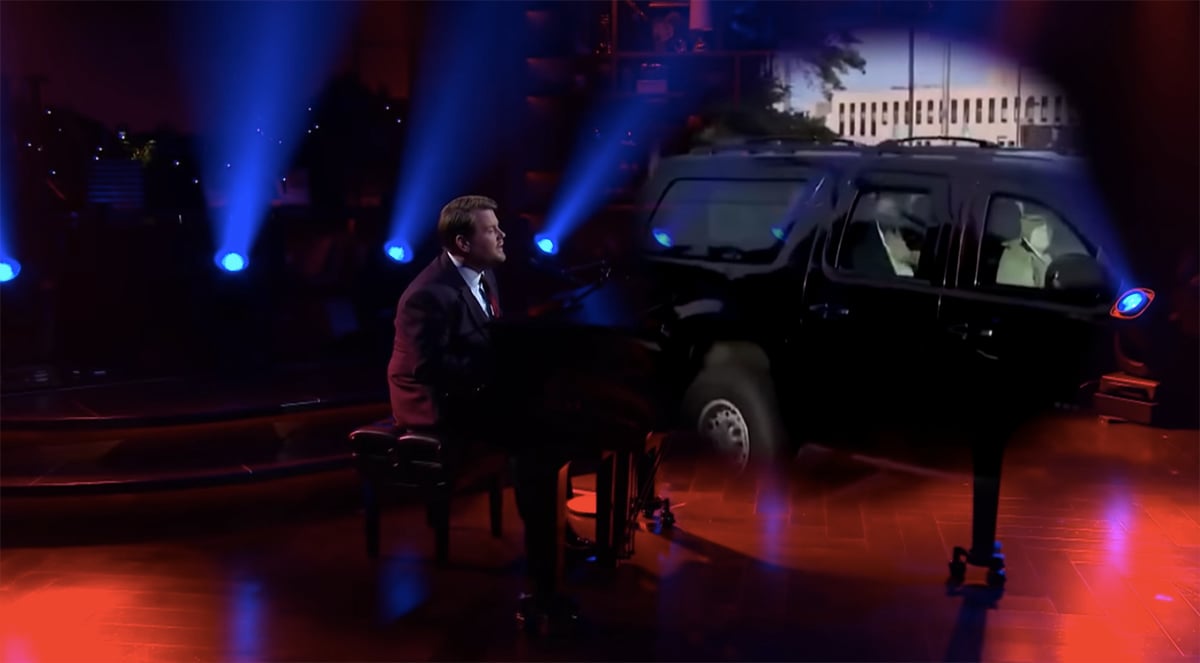 We’re all at our breaking point, and that includes James Corden. The host of The Late Late Show took to the piano to sing a little song about the president and his latest … immunity.

When Trump was released from (or more like left, despite what anyone was going to tell him) Walter Reed Medical Center, he decided to post a weird video where he said that maybe he was immune to the coronavirus, which … no? If you don’t have symptoms (which the president DID), then you’re just asymptomatic, and he still has the virus, even if his recovery is going well. You’d think the president would know that but, instead, he’s just continuing to spread lies, and James Corden has no time for it.

Singing his own version of Paul McCartney’s “Maybe I’m Amazed,” Corden basically is all of us right now, meaning … he’s tired.

“Maybe I’m immune cause today I’m feeling so alive, just don’t be afraid of the way I’m breathing,” Corden sings, and it truly is both hilarious and upsetting because that’s what we’re dealing with in regards to Donald Trump. For months, we’ve been told what the science says about coronavirus.

And right now, Donald Trump is on a bunch of steroids and walking around like he’s fine. Yes, that’s what steroids do, but you’re still sick. That’s why people are basically putting on hazmat suits to humor your desire to needlessly sit at your desk. Later in the song, Corden goes on to talk about Trump’s falling poll numbers. “Maybe I’m immune to the way the polls are looking now, maybe I’m afraid that it’s not fake news,” he sings, and honestly, I wish that was enough.

Right now, we can’t get complacent when it comes to Donald Trump and his cult. They’re willing to support him and cheer him on despite the fact that he doesn’t care that 210,000+ Americans are dead. They don’t care that he crashed the stock market by pulling out of stimulus negotiations and trying to blame it on Nancy Pelosi, or that he lies over and over again.

So, sadly, one of the few things to bring me joy recently has been James Corden singing a cover of a Paul McCartney song, because at least in that moment, I could stop and laugh before realizing just how sad this entire situation is.

James Corden did an incredible job with this because it’s the political satire we need right now—not just mocking Trump, because we’ve all done that over and over again, but making something catchy enough that people will sing along. Because I can’t imagine Donald Trump likes the idea of people singing a song about how absolutely idiotic he is or how much of a monster he is constantly being.

So no, Donald Trump isn’t “immune,” which he’d know if he actually listened to the science behind COVID-19, and I can’t wait to see what happens when he’s not on a bunch of steroids anymore. Until then, I’ll just listen to James Corden singing “Maybe I’m Immune” on repeat.