You’ve already heard about Patty Jenkins’ response to James Cameron’s criticism of Wonder Woman, but I’d really like to delve. Because looking closely at some of the things Cameron actually said about Jenkins’ film, his own films, and “strong independent women,” one realizes that Cameron is looking so closely into the mirror that it’s obscuring what he sees.

The Hollywood Reporter wrote up what Cameron said to The Guardian regarding Wonder Woman being “a step backwards” for women in film, and I would love to really examine each piece of his quote, because there’s a bunch to unpack here.

“All of the self-congratulatory back-patting Hollywood’s been doing over Wonder Woman has been so misguided. She’s an objectified icon, and it’s just male Hollywood doing the same old thing! I’m not saying I didn’t like the movie but, to me, it’s a step backwards. Sarah Connor was not a beauty icon. She was strong, she was troubled, she was a terrible mother, and she earned the respect of the audience through pure grit. And to me, [the benefit of characters like Sarah] is so obvious. I mean, half the audience is female!”

First, um … you’re patting yourself on the back in a self-congratulatory way right this very now. So …

Second, it isn’t just Hollywood doing the “back-patting.” It’s actual flesh-and-blood women—you know, the ones you’re concern trolling for right now and supposedly want to help out—who have been loving seeing Diana exactly as she is on screen. Does every single woman love it? No, of course not. No group is a monolith. But enough women loved the portrayal of Diana to demonstrate that Wonder Woman was exactly what many women wanted and needed. Not just because they were starved for representation, but because the Diana of Themyscira portrayed wonderfully on-screen by Gal Gadot and crafted beautifully by director Patty Jenkins (two women, mind you!), rang true to them. They saw themselves, or who they want to be, in her.

Third, let’s talk about “objectified icon.” That, to me, sounds like the parroted, accepted-truth talking point someone would make if their only involvement with the the character was seeing comics images of her out of context, or having the hots for Lynda Carter in the ’70s on the Wonder Woman TV show, without actually having read the character, paid attention to the actual story of the TV show, or indeed, really paid attention to this movie. Probably because they were too busy looking at Gal Gadot in the outfit, or something, I don’t know.

But in the film I saw, she was the furthest thing from objectified. I wrote a whole piece about how her interaction with Steve Trevor really served as a template for what true gender equality can look like. Did Diana experience sexism throughout the film? Of course! It was set during WWI. But while the character was certainly thought less-than by several men in the film because she was a woman, Diana was never objectified by the film.

The gentleman doth project too much, methinks.

Fourth, I feel like his objectification comment comes mostly from the Wonder Woman costume. That, by sheer virtue of Diana saving people in that costume, she’s automatically an object. He then compares and contrasts her with his own female creation, Sarah Connor, whom he describes as “not a beauty icon.” First of all, I really have to ask: Does he genuinely expect us to believe that glisteny-armed, tank top-wearing Linda Hamilton wasn’t intended to appeal to men in any way? Really? 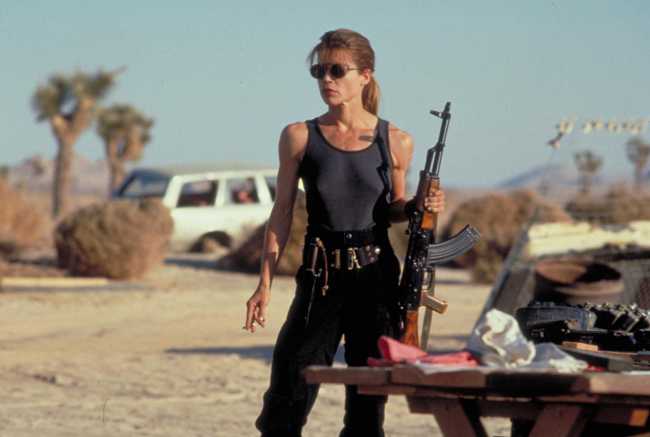 Hell, I think Sarah Connor is hot. Is she a different kind of hot than Wonder Woman? Absolutely. But if Cameron thinks he can convince us that Sarah Connor had absolutely zero to do with the male gaze just because she didn’t wear make-up and worry about her hair? COME ON.

But while we’re talking about Wonder Woman, Sarah Connor, and their respective clothing choices, let’s talk about the differences between them beyond their clothes. Diana trained as an Amazon warrior, using her entire body to fight, and while she was experienced with ranged weapons like bows and arrows, most of the fighting she did was up-close with hand weapons. So, when presented with clothing that restricts her free movement, this happens:

And it’s not just the skirt she’s having trouble with, it’s the undergarments surrounding her legs underneath. In other words, having your legs encased in something like, say, pants might restrict your range of motion, which isn’t good for someone who uses their whole body to fight. 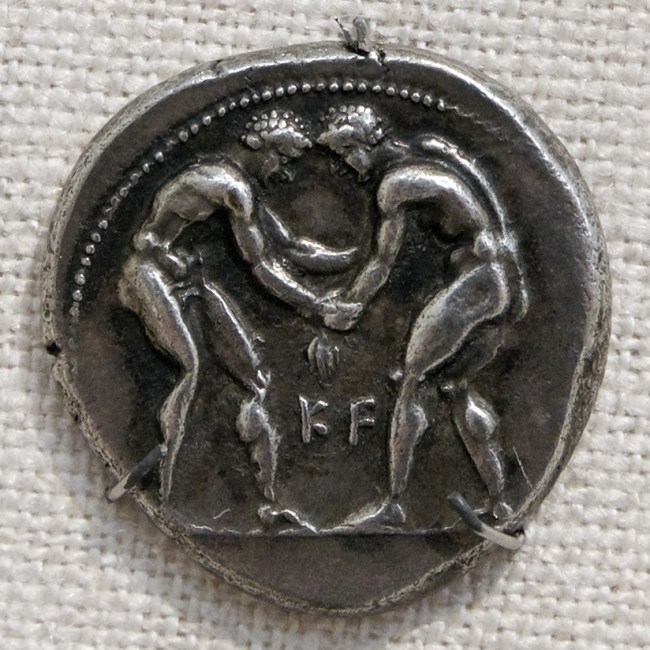 Sarah Connor uses guns. She’s not a trained fighter, and everything she ended up learning over time had to do with guns. She can wear pants, because she’s never expected to have to kick anyone in the face. Cameron’s mostly-male audiences wanted to see a “badass woman with a gun,” and if I had a dollar for every male friend or acquaintance who talked about how hot Sarah Connor (both Hamilton and Headey), or Kara Thrace on Battlestar Galactica, or Ellen Ripley in the Alien franchise are, I’d be a jillionaire.

Just because Sarah Connor wears pants and puts her hair in a ponytail doesn’t mean she wasn’t considered sexy, or doesn’t serve the male gaze.

And just because Diana of Themyscira rarely wears pants, has long hair she leaves down sometimes, and is extremely feminine, doesn’t mean she’s an objectified sexual object who does.

And here’s the thing: I think Sarah Connor is a fascinating character. I’m not trying to tear the character down. Rather, I’m trying to point out the hypocrisy of Cameron touting his creation as feminist while pooh-poohing the filmed interpretation of a character that appealed to so many women. 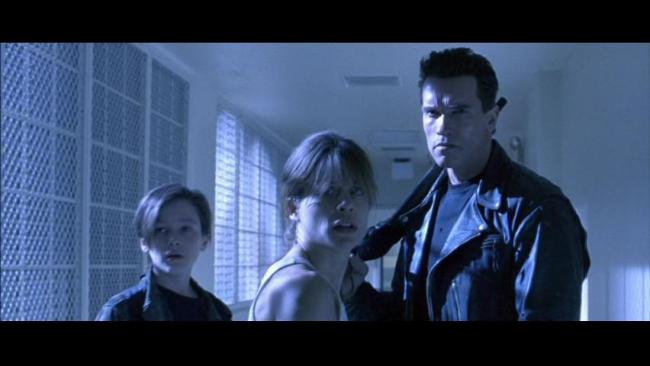 And that’s really what it boils down to. For Cameron, it seems to be all about touting stereotypically male qualities as “strong.” He talks about how Sarah “earned the respect of the audience through pure grit.” Grit=strong. Guns=strong. Wearing pants=strong. When Cameron talks about “male Hollywood doing the same old thing,” this placement of higher value on stereotypically masculine energy is part of that, and he’s doing it himself!

Sarah Connor represents one way to be a strong woman. Diana of Themyscira represents the complexities and nuances that can be found in all women. Sarah’s great, but to me, Diana is better, as she’s a more versatile symbol of female strength. 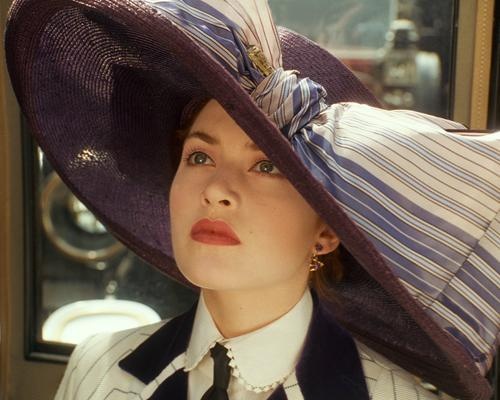 I do have to talk about Aliens and Titanic, the two times when his female characters were the closest to feminist. I love Aliens, but Cameron didn’t create Ripley. He was just lucky enough to get to write and direct the movie where she’d been hardened by experience and gave fewer fucks, so he could write her as basically Sarah Connor in space. She’s essentially a mom in it, protecting Newt as she would her own child. There’s nothing inherently wrong with stories about mothers, or pregnant women, etc, but too often, when written by men, it’s simply “Mother Love Is Perfect and Awesome” with no nuance.

Rose Calvert in Titanic (which I loved in spite of its terrible script, not because of it) is probably the best female character Cameron has created whole-cloth. She, like Diana in Wonder Woman, was inspired by her love of a very special man, stood up to an abusive husband and to a society that wanted her to fit into a cookie-cutter version of what but then went on to do her own thing and lead a full, accomplished life, not mentioning the guy to anyone until she was really old. It’s amusing to me, then, that Cameron doesn’t see these similarities between Wonder Woman and Rose. Or maybe he doesn’t consider either of them “strong”?

Lastly, with regard to his other films, I’m just gonna put it out there that the entire Avatar “franchise” that is apparently coming eventually and has a billion installments is essentially a White Male Savior story. And yes, I know the Na’vi are blue. You know what I mean. 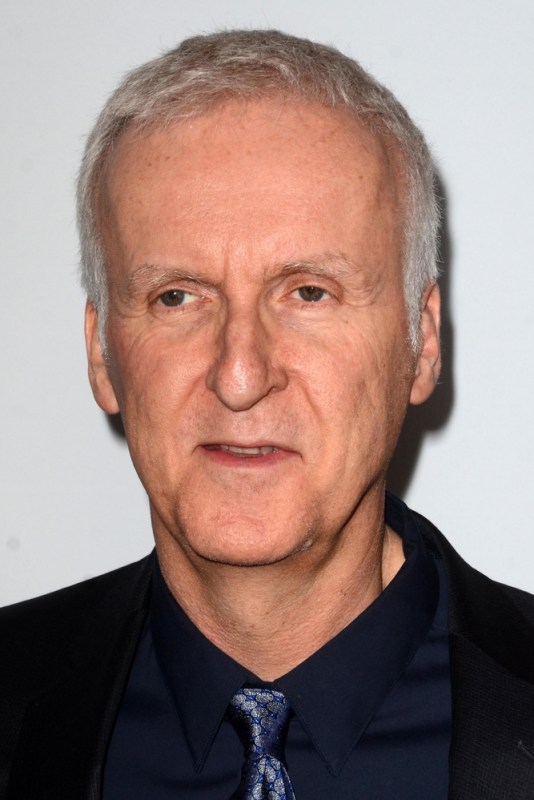 Sure, whenever he’s trotted out one of his own “strong woman” projects, he’s criticized the industry in general as far as there not being enough “strong” female representation. But has he ever directly called out a film directed by another man for not being feminist enough, the way he’s called out Patty Jenkins’ film? It’s not as if there haven’t been plenty of opportunities.

Dude, I’m sorry your ex-wife beat you for the Best Director Oscar that time. But that doesn’t mean you get to tear down a woman’s film to prop up your own ideas about feminism. Just stop.