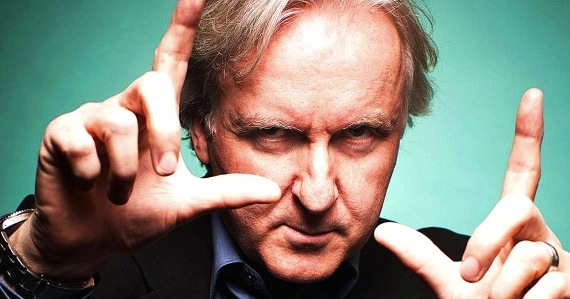 James Cameron has announced that he is officially tired of making all that money and winning all those awards. In an interview with The New York Times, the big-budget filmmaker said that he might make one more Avatar movie after the second and third movies he has planned — and then that’s basically it. Because he’s really into deep-sea diving these days, and also, he has made more money than any one person should, so it’s probably cool to retire now. Well, can we blame him?

Cameron says that the bulk of the last 16 years for him has been spent in the ocean and on the set, and he’s pretty much “disbanded” the development arm of his production company, Lightstorm Entertainment. What that means is that he’s not taking any new scripts to either produce or direct himself. In the interview, which took place at a screening of Titanic 3D in Bejing, Cameron said that he was all but finished making fictional movies that weren’t part of the Avatar franchise.

I’m in the “Avatar” business. Period. That’s it. I’m making “Avatar 2,” “Avatar 3,” maybe “Avatar 4,” and I’m not going to produce other people’s movies for them. I’m not interested in taking scripts. And that all sounds I suppose a little bit restricted, but the point is I think within the “Avatar” landscape I can say everything I need to say that I think needs to be said, in terms of the state of the world and what I think we need to be doing about it. And doing it in an entertaining way.

Instead, he said, he will focus on telling stories in documentaries, of which he has produced five in the past 10 years. He’s also gone on eight expeditions, which have also inspired documentaries. While he didn’t go into any specific details about what future documentaries might cover, he did provide some details about progress on the Avatar sequels. And the awesome, groundbreaking special effects he used in the first one were basically just the beginning of what he’s working on now.

We’ve spent the last year and a half on software development and pipeline development. The virtual production methodology was extremely prototypical on the first film. As then, no one had ever done it before and we didn’t even know for two and half years into it and $100 million into it if it was going to work. …

[W]e’ve been mostly working on the tool set, the production pipeline, setting up the new stages in Los Angeles, setting up the new visual effects pipeline in New Zealand, that sort of thing. And, by the way, writing. We haven’t gotten to the design stage yet. That’ll be the next.

It’s definitely happening, but it doesn’t sound like it’s anywhere near ready to start shooting yet, as much fun as it seems to shoot a movie that doesn’t have a script yet. (Right, Men in Black 3?)

So, James Cameron, the self-proclaimed blockbuster “King of the World,” is relinquishing his throne. Long live the king! For he is retiring to Pandora!

(The New York Times via /Film)