James Cameron Doubles Down on His Wonder Woman Hate, Continues to Be the Worst 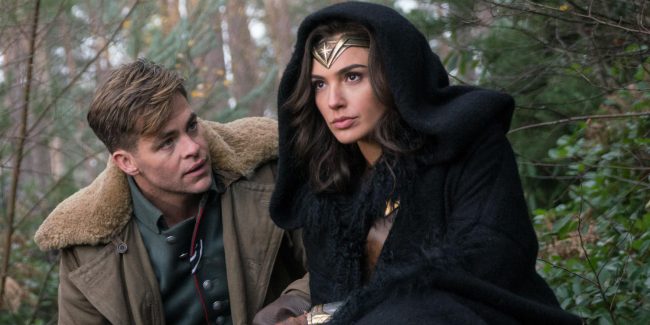 Remember last month when self-appointed feminism expert James Cameron decided to crap all over Patty Jenkins’ Wonder Woman? Sure you do. At the time, many of you took issue with just how much we wrote about it. But we had thoughts. A lot of them. Cameron told The Guardian that as he saw it, Hollywood’s “self-congratulatory back-patting” was “misguided” because the character was an “objectified icon” and “just male Hollywood doing the same old thing!” That, of course, leaves out a lot, including the fact that it wasn’t just Hollywood congratulating itself; audiences connected with the film, and a lot of women and girls felt empowered by the hero they were seeing onscreen. Cameron also doesn’t seem to appreciate the difference a female director can make in how women are portrayed onscreen.

Now he’s back, doubling down on his criticism, continuing to miss, well, everything.

“Yes, I’ll stand by that,” he told The Hollywood Reporter when asked to address his previous comments. “I mean, she was Miss Israel, and she was wearing a kind of bustier costume that was very form-fitting. She’s absolutely drop-dead gorgeous. To me, that’s not breaking ground. They had Raquel Welch doing stuff like that in the ’60s. It was all in a context of talking about why Sarah Connor — what Linda created in 1991 — was, if not ahead of its time, at least a breakthrough in its time. I don’t think it was really ahead of its time because we’re still not [giving women these types of roles].”

Cameron continued, as he did in the first interview, to explain how his characters are so much more feminist than Wonder Woman.

“Linda [Hamilton] looked great,” he said. “She just wasn’t treated as a sex object. There was nothing sexual about her character. It was about angst, it was about will, it was about determination. She was crazy, she was complicated. … She wasn’t there to be liked or ogled, but she was central, and the audience loved her by the end of the film. So as much as I applaud Patty directing the film and Hollywood, uh, ‘letting’ a woman direct a major action franchise, I didn’t think there was anything groundbreaking in Wonder Woman. I thought it was a good film. Period. I was certainly shocked that [my comment] was a controversial statement. It was pretty obvious in my mind. I just think Hollywood doesn’t get it about women in commercial franchises. Drama, they’ve got that cracked, but the second they start to make a big commercial action film, they think they have to appeal to 18-year-old males or 14-year-old males, whatever it is. Look, it was probably a little bit of a simplistic remark on my part, and I’m not walking it back, but I will add a little detail to it, which is: I like the fact that, sexually, she had the upper hand with the male character, which I thought was fun.”

In Cameron’s eyes, casting a beautiful woman is exactly equivalent to objectification. He really seems to believe that a beautiful, sexually attractive, typically feminine woman cannot be feminist, that the only way a woman can be “strong” is to give her a gun and make sure she doesn’t wear a skirt. Which is what Jenkins called out in her response to Cameron’s initial interview, when she said, “His praise of my film Monster, and our portrayal of a strong yet damaged woman was so appreciated. But if women have to always be hard, tough and troubled to be strong, and we aren’t free to be multidimensional or celebrate an icon of women everywhere because she is attractive and loving, then we haven’t come very far have we.”

It’s incredibly telling that in Cameron’s assessment of Wonder Woman, he doesn’t actually say anything at all about the content of the movie. It’s all about Gal Gadot’s appearance. That, to him, is the entirety of the character, and the movie. Women do not have to wield guns or dress down to be strong feminist characters. Yes, Gal Gadot was Miss Israel. She is gorgeous. She is not too attractive to play a heroic character. The idea is ludicrous.

A beautiful woman can appear onscreen without being objectified. Just because James Cameron doesn’t know how to do it, that doesn’t make it less true.

Is this the same James Cameron who routinely polled his all-male crew to ensure a lady alien was fuckable, or is that a different dickhead? https://t.co/9AXfkVacD0

The James Cameron who made fun of his Titanic star by calling her "Kate Weighs-a-Lot"? That James Cameron? https://t.co/puCLt3jIHu

James Cameron criticized Wonder Woman for ""objectifying"" its female lead, and I am here with RECEIPTS. https://t.co/dfKt2O0huI pic.twitter.com/HsQdmTtPAS

Cameron also discusses the multitude of Avatar sequels he’s working on and I literally could not care less.