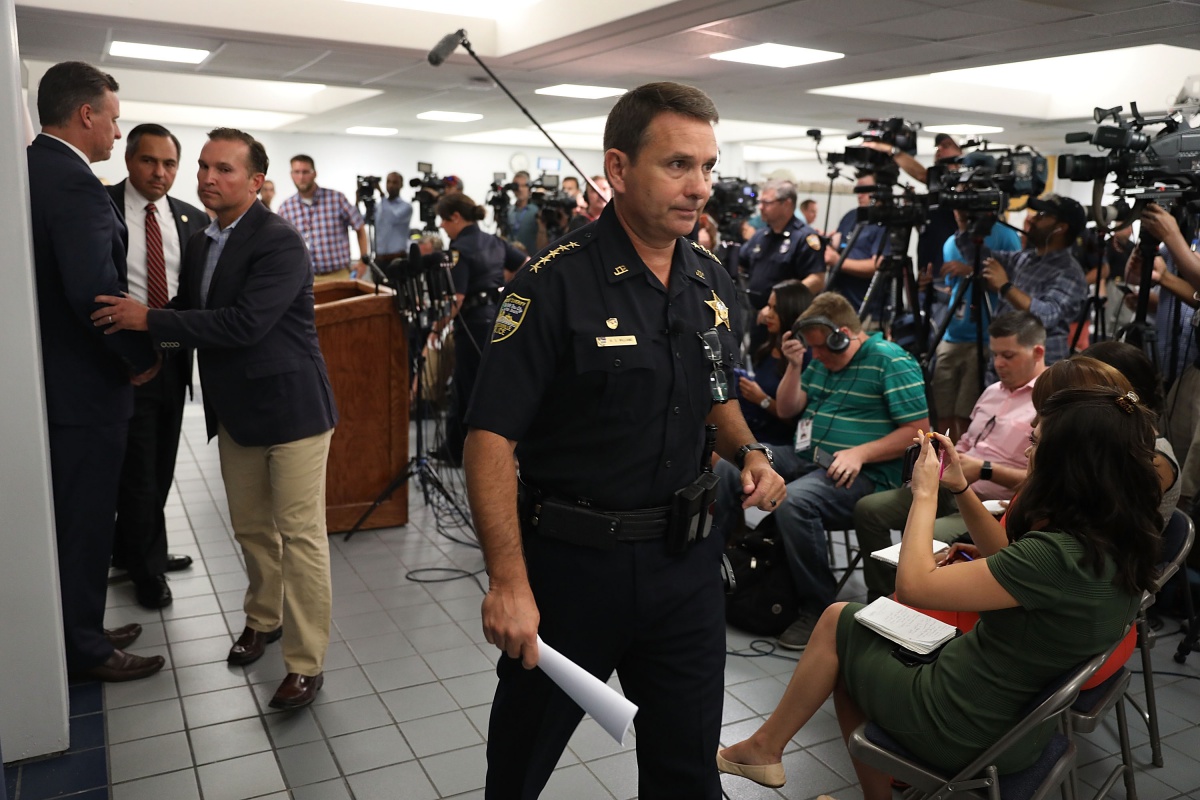 During a Madden football video game tournament Sunday, 24-year-old David Katz shot and killed two men and injured 10 others before taking his own life. The victims of the tragedy are Elijah Clayton, 22, and Taylor Robertson, 28.  While authorities in Flordia are still processing Katz’s history, there is more information about his “troubled” past.

Jacksonville Sheriff Mike Williams said today during a news conference that investigators have not yet determined a motive, but that Katz recently purchased two handguns used in the shooting legally from a licensed dealer in the Baltimore area.

Charles P. Spencer, special agent in charge of the FBI’s Jacksonville Division, said the agency is continuing to investigate Katz’s actions prior to the shooting.

“In Baltimore, our agents are working with the subject’s family. His parents—both mother and father—have been fully cooperative with the FBI so far. They’ve provided access to all the records we’ve been requested, and been very understanding of the need for information to ensure the safety of others. This has been vital to advancing the overall investigative effort,” Spencer said, according to The Baltimore Sun.

Already the narrative is framing Katz’s actions as stemming from preexisting mental health issues. According to the Sun, he was described as someone with “emotional and social struggles” in addition to “troubles in school” and found himself hospitalized at Sheppard Pratt Health System for psychiatric treatment.

A former teaching assistant, Natalie Gill, who taught Katz, says he always walked around without smiling.

“I knew the other students very well, but he did not open up the same way as the others did,” Gill said. “I pulled him aside and asked if there was anything I could do to help and he basically had no reaction to that.” Even though Katz struggled to keep up with the assignments, he apparently thanked Gill for “being a good T.A.”

The Katz family’s quiet antisocial behavior is being reanalyzed by neighbors who knew them once, now with this darker context in the light of David Katz’s actions. Whenever these types of mass shootings happen there seems to be a war between people who want to focus on gun control and people who want to focus on mental health issues. Both of these things need to be examined because they seem to intersect.

Most mentally ill people do not commit crimes, just like most legal gun owners do not as well, yet the failure of our government to have better health care funding for people who need it and a failure to do anything about the epidemic of gun violence in this country has resulted in neither problem being solved and the continued stigmatizing of people with mental health.

In addition, another place of safety has been destroyed by the acts of this violent terrorist.

Chito Peppler says the city’s gaming community has been shaken by this. “We feel like, after what happened, it may not be as safe as it was before,” Peppler said. “There should never be a fear of someone taking our lives because of video games.“

Yet, once more, most likely nothing will be done because it is easier to paint Katz as a sick outlier than to discuss how gun culture in this country has impacted the way shootings take place. In other countries that share our love of guns and have high numbers of guns per capita, these levels of shootings do not occur. That means we as a society need to take some deep introspection about why our culture fuels these kinds of events on such a mass scale.