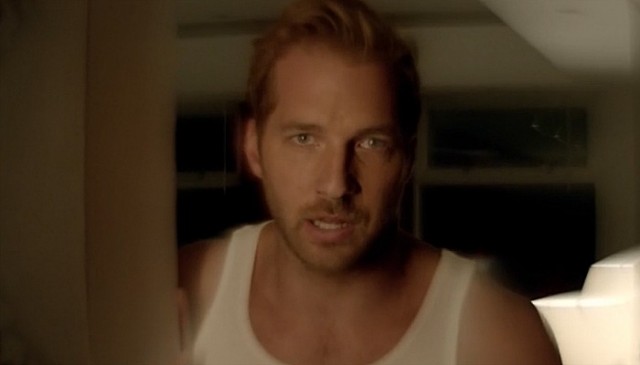 This week’s iZombie is pretty damn hard not to love. First off, its name is a punny reference to a George A. Romero movie. Second, it features a cameo from none other than Dick Casablancas. And third, we get to meet a possible love interest—who is NOT Major!—for Liv.

Even with all these things working for it, can we consider “Flight of the Living Dead” more brainsssy or brainsssdead? There’s only one way to find out….

• “Of everyone here, who would you eat first?” “I think first I’d ask if someone could spare an apple?” The Liv/Ravi banter gets better every episode. Also love how Liv’s above chat with Ravi foreshadows the first big hurdle of the episode: Liv having to possibly eat her former sorority sister, Holly. 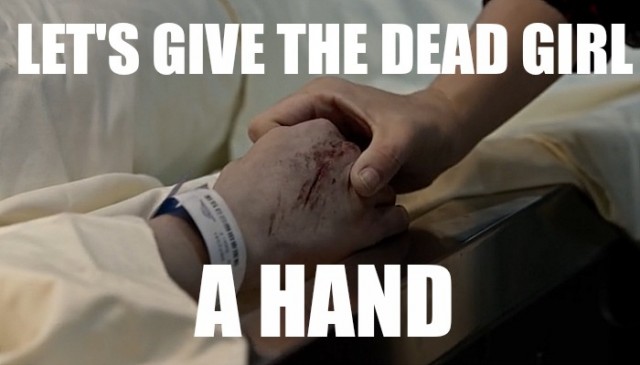 • Speaking of Holly, did anyone else get kinda teary-eyed looking at Liv touching her late friend’s hand in the morgue? Can you imagine trying to eat your friend’s brains, even if it meant you might solve her murder? Devastating.

• Also, how great was it to see Liv actually, well, living in between working on the case? Clearly Holly was, and still is, a great influence on our girl. 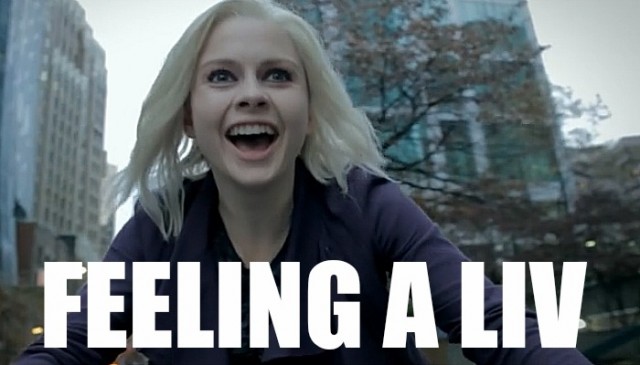 • “The Perks of Being a Zombie? That’s that movie with the About a Boy kid?”

• “Who isn’t this dude sleeping with?” You’re trying with the funnies, Clive. We appreciate it. And so does your boss, who is his own source of random jokes and also a possible zombie?! 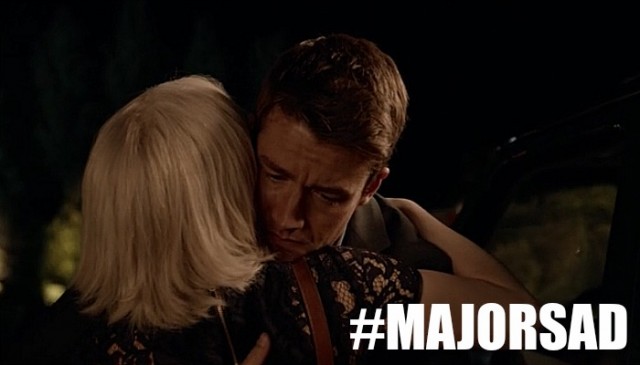 • Major is winning some points as he develops his own storyline searching for Jerome. He’s becoming more than just the standard ex-boyfriend, showing that maybe he could be useful in further investigations. (That is, if he lives to the next one….)

• Seasons for all Seasons is a spice shop. Clearly this town gets the award for Punniest Store Names. (See also: Meat Cute from last week.) 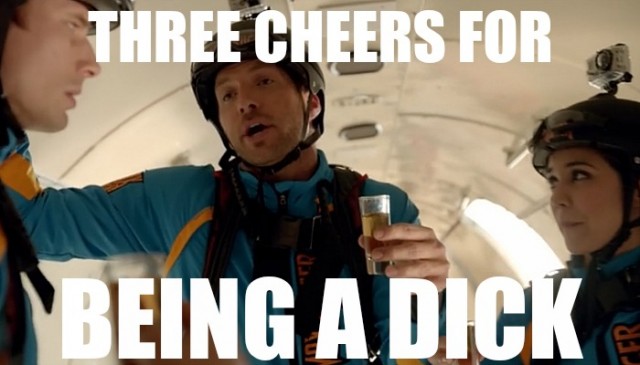 • As mentioned above, Ryan Hansen makes an appearance as one of Holly’s skydiving friends. He essentially plays a snowboarding Dick and it’s a delight. (P.S. – Did you know Percy Daggs—a.k.a. the ever-lovable Wallace—is also coming on the show at some point?) 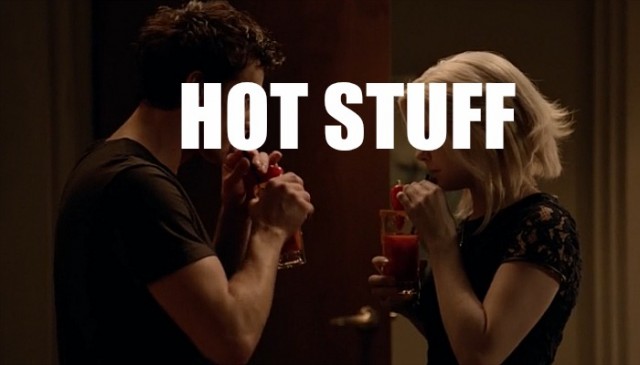 • Also one of Holly’s skydiving friends? Bradley James (formerly of Merlin!) as Lowell. This guy is a great choice for Liv’s first love interest, what with him being a fellow zombie and just generally adorable. Dude makes a mean spicy Caesar. Also, the chemistry between James and Rose McIver in that Caesar scene? Off the charts. “This is hot,” indeed.

• In addition to giving Liv someone new to do (hey, zombies need lovin’ too!), Lowell brings new insight into the zombie world, including those zombie zone-outs Liv’s been experiencing. 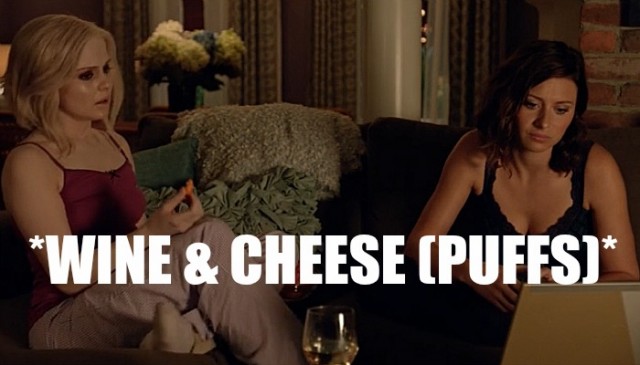 • Peyton is back! For multiple scenes! She and Liv got their wine on while remembering former pal Holly and her wild “ing”-ing ways. And later, they both made an appearance at a memorial for Holly.

• With the reveal that Eliza most likely murdered Holly, we have our second possible lady-killer of the series. Let’s continue the equal opportunity villainy!

• The final shot of Liv on the bike recalls this My So-Called Life moment. Between this and the recent Brian Krakow cameo, this show is filling voids for us MSCL fans. 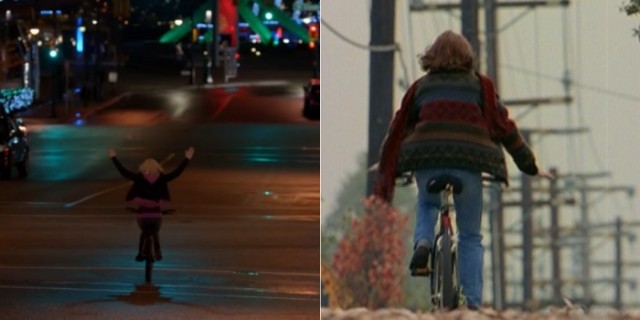 • “Thought the insides of my thighs were pale!” Definitely not the best new character opening line. Don’t think that alluding to your nether regions when talking to young female coworkers is ever appropriate. 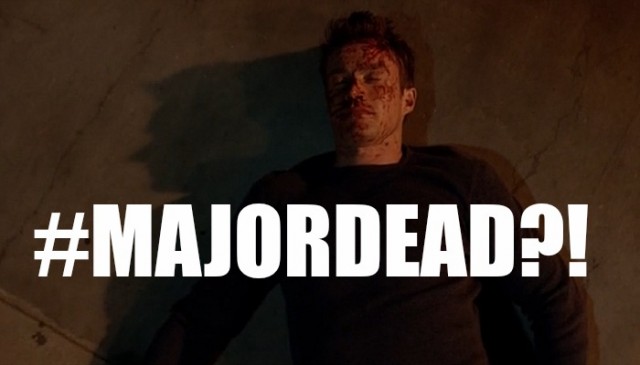 • I want to mention more terrible moments, but this is a seriously great episode, perhaps the best one yet. It provides a perfect balance between Liv’s personal and professional life, life and death. 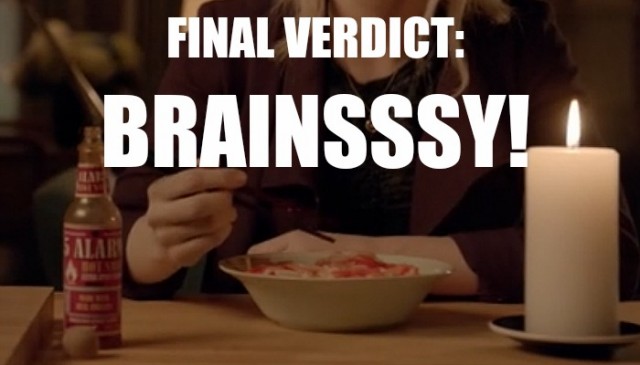