Ivanka Trump’s Simpering Farewell Gets Shredded by the Internet

Don't let the door hit you on the way out, Ivanka. 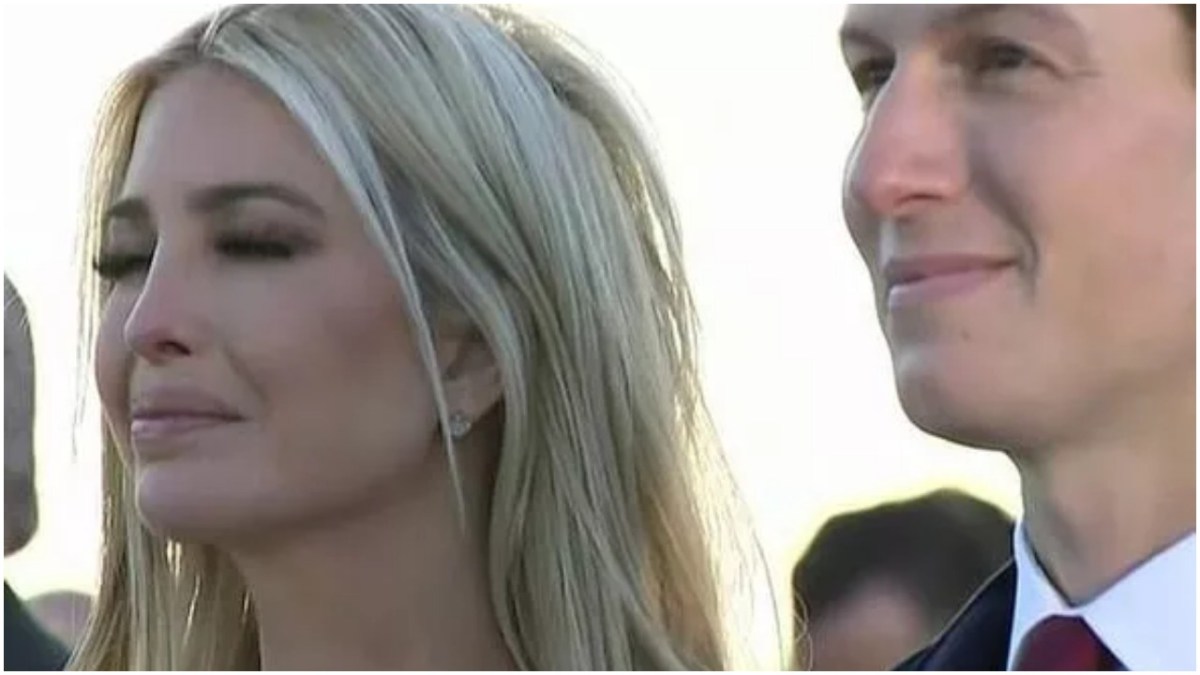 There is so much to look forward to in the Biden administration. Competent leadership. An action plan to fight the pandemic. No more unhinged tweets. And amid the restoration of some sense of normalcy, we can also finally FINALLY bid farewell to the Trump family. No more chinless sons, no more “architecting,” no more frantic grifting (at least none sanctioned by the White House). And at long last, no more Ivanka Trump.

Trump’s daughter-wife, who held a nebulous position as “senior adviser” to the president, spent her deeply unqualified tenure enriching herself and supporting her father’s hideous racist policies. The media’s labeling of Ivanka and Jared Kushner as mediating forces against Trump’s more unhinged tendencies was merely a mirage, and they worked in lockstep to design and enforce every atrocity enacted by their venal paterfamilias.

So when Trump departed for Mar-a-Lago, the Trump offspring assembled for a teary farewell. Ivanka tried to cry, but like all Trumps, she cannot express the full range of human emotion.

Ivanka cries as her father says goodbye. I cried too…tears of happiness. pic.twitter.com/yGS6WHYzBf

close, Ivanka, but water is supposed to come out pic.twitter.com/PhmMBddGgm

I’m going to make the sound of Ivanka sobbing my ringtone. pic.twitter.com/oBzAob46jT

Ivanka also tweeted a farewell message to her followers saying, “I came to Washington to fight for American families and I leave feeling I’ve done that.” She added a congratulations to the Bidens, Kamala Harris, and Doug Emhoff, writing “As Americans, we must all pray for their success.”

Ivanka’s lame farewell was quickly mocked by folks on Twitter, who were quick to remind the failed Goya beans spokeswoman of her complicity:

You won’t get a pardon mentioning Biden like that…

Shame you didn’t fight for the 400,000 American families who lost a loved one to Covid when they didn’t have to 🇺🇸🇺🇸🇺🇸

Tax payer savings alert: For the first time in 4 years there is no secret service in front of Ivanka and Jared house. pic.twitter.com/er9CckMBqa

When you hire a sexual predator and abuser as the chief Campaign strategist… you end up like this. Bc… karma don’t play.

Trump and Ivanka in Florida refusing to watch the inauguration. #Inauguration2021 pic.twitter.com/6VuHZjLORF

You never had an actual job, you vacuous fucking pox.

Bye Ivanka! You forgot to mention your evictions of hundreds of families from your apartments during a pandemic or the money you scammed from your father’s inauguration. What about the loans you secured while traveling on official US business? See you in court!

I know I’ve written a lot of unfavorable coverage of Ivanka Trump over the years. And I can sincerely and honestly say that, looking back, it was time and scorn well spent. The Trump family is trash, and today is pick-up day. We’re rolling this entire family to the curb and bidding them farewell.

That is, until Ivanka joins the cast of Dancing With the Stars or primaries Marco Rubio for the Florida Senate seat, or (fingers crossed) gets arrested and tried for corruption. Goddamn it, I’m going to have to keep writing about this bitch, aren’t I?