No One Buys That Ivanka Trump Was “Blindsided” by the “Level of Viciousness” in D.C. That Her Boss/Dad Instigated

Shocked, I tell you. Stunned, even. 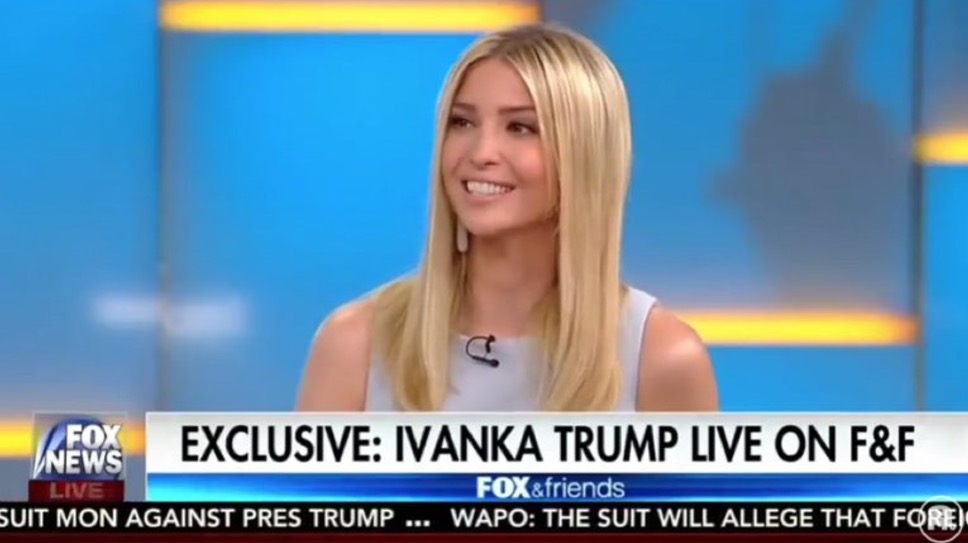 Donald Trump has said horrible things about many different people, both inside and out of his presidential campaign, and even after his victory, despite how you’d think being president might finally remove the insecurity that leads to bullying. That’s why everyone is pretty surprised to hear that Ivanka Trump, his daughter and unpaid assistant president—sorry, assistant to the president—was not expecting Washington to be so vicious.

She said as much in a Fox & Friends segment on Trump’s favorite news network:

“There is a level of viciousness that I was not expecting…but this isn’t supposed to be easy.” –@IvankaTrump pic.twitter.com/viiMQ2ij1d

First of all, politics, especially at the national level, is well known to be one of the most vicious things out there. They have entire teams and counter teams based on using things a person has said/done, no matter how big or small, against them, generally in a manner that one might consider “vicious.” Everyone is under the microscope of a relentless press. People literally burned President Obama in effigy (along with a lot of other blatantly racist “protesting” aimed at him). George W. Bush had shoes thrown at him. “Viciousness” is not unexpected.

Guess the fake news made up the video? pic.twitter.com/ccbNVE0Fj7

No matter who he was mocking or imitating there, it’d be hard not to characterize it as “vicious.” As Twitter took to mocking the idea that someone so deep in Donald Trump’s inner circle could feign being shocked by political attacks, New York Times’ The Upshot took some time to plug their list chronicling all the horrible things the elder Trump has said about people and organizations—on Twitter alone:

Ivanka says she’s surprised by “level of viciousness” toward her father. So, uh, who’s going to tell her about this? https://t.co/czqmCBdflZ

In addition to all that, there was his horrible “birther” crusade against President Obama, as well as all the merchandise that went around among Trump supporters:

Ivanka Trump: I Wasn’t Expecting This ‘Level Of Viciousness’ pic.twitter.com/ujidBbNTTd

Really? Good thing some of us don’t have amnesia. pic.twitter.com/NmURPEM8B7

That’s not to say that people of all political persuasions can’t be “vicious,” but Trump, his team, and his supporters pioneered new lows for modern political discourse coming directly from the candidate and, now, government officials. To then have someone on their team sit down for an interview and act like the complete lack of civility is somehow unexpected is disingenuous to the point of ridiculousness. It’s just more of the same from the Trumps—a branding effort to make Ivanka the friendly new face of their irredeemably awful cabal: