Ivanka Trump Is Getting Security Clearance, Because of Course She Is | The Mary Sue

Ivanka Trump Is Getting Security Clearance, Despite Trump’s Statements Otherwise, Because of Course She Is 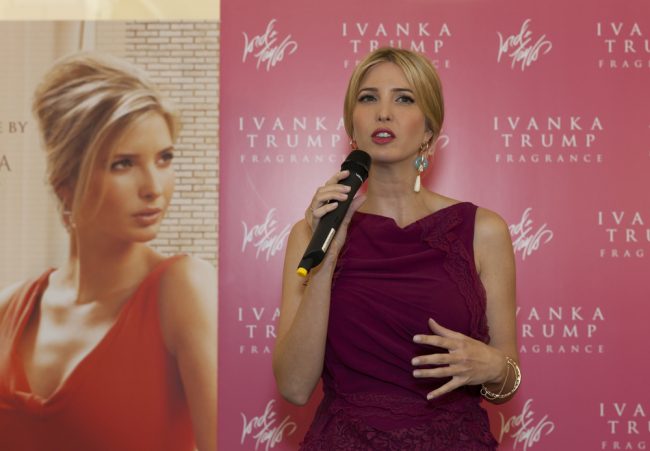 Ivanka Trump holds no official office in her father’s administration, but that hasn’t stopped her from sitting in on meetings with world leaders and basically serving as de facto First Lady. (Has anyone heard from Melania recently?) Now, Ivanka will have a West Wing office of her own, government-issued electronic devices, and access to classified information—despite not actually having, you know, an actual defined role in the government. We have a word for this kind of thing, and that word is oligarchy.

If you’re having trouble tracking whether America is trending towards oligarchy or plutocracy (why not both?) here’s a reminder from Wikipedia:

Oligarchy (from Greek ὀλιγαρχία (oligarkhía); from ὀλίγος (olígos), meaning ‘few’, and ἄρχω (arkho), meaning ‘to rule or to command’) is a form of power structure in which power rests with a small number of people. These people might be distinguished by nobility, wealth, family ties, education or corporate, religious or military control. Such states are often controlled by a few prominent families who typically pass their influence from one generation to the next.

Ivanka Trump is being installed in the highest echelons of the U.S. government even though she has not been hired or vetted to any kind of position therein. She’s receiving security clearance because her father is the president, despite the fact that Trump has previously refuted reporting that his children would get “top level security clearance.” So … perhaps Ivanka’s clearance isn’t “top level,” Trump will say he just meant not all of his children, or he just doesn’t care about being truthful—maybe even all three, like a perfect hat trick of nepotism lies!

Ivanka has long been Trump’s favorite, and for some reason, people continue to believe that she’s going to be a magically transformative force on him despite absolutely no evidence to that effect. The first two train-crash months of the Trump Presidency are proof enough of this.

It’s really not incumbent upon women to temper men & also Ivanka Trump is just as terrible as her father. https://t.co/PXTrMlRZlD

But who’s worried? Ivanka Trump says we shouldn’t worry. In the statement she gave to Politico on the matter, Ivanka Trump assures us that Ivanka Trump promises to be totally ethical, you guys, pinky swear:

“I will continue to offer my father my candid advice and counsel, as I have for my entire life,” she said. “While there is no modern precedent for an adult child of the president, I will voluntarily follow all of the ethics rules placed on government employees.”

So she acknowledges that there is literally no modern precedent for this situation occurring, but it’s going to be all cool because she will act like a government employee must, out of the goodness of her heart. Why not at least give her the gloss of legitimacy, and make the role official? Her husband, Jared Kushner, a man whose parents probably bought his way into Harvard, is a senior advisor to the President, after all. Why not Ivanka? Does that just scream family dictatorship a little too loudly?

The Guardian has an idea:

Attorney Andrew Herman, who has advised lawmakers on ethics issues, said he thought the administration should make her role official. He said: “I think the right way to do that is to make her a special government employee. But that implicates all kind of formal and disclosure issues.”

Ah, those pesky formal and disclosure issues. Such a pain, when you can just promise you’re totes going to follow the rules despite not being beholden to them. She volunteers! Just trust her. Ivanka Trump has never done anything wrong, ever, in her life.

(via The Guardian, image via Shutterstock)