Ivanka Trump’s Email Hypocrisy Is 100% On-Brand for Her 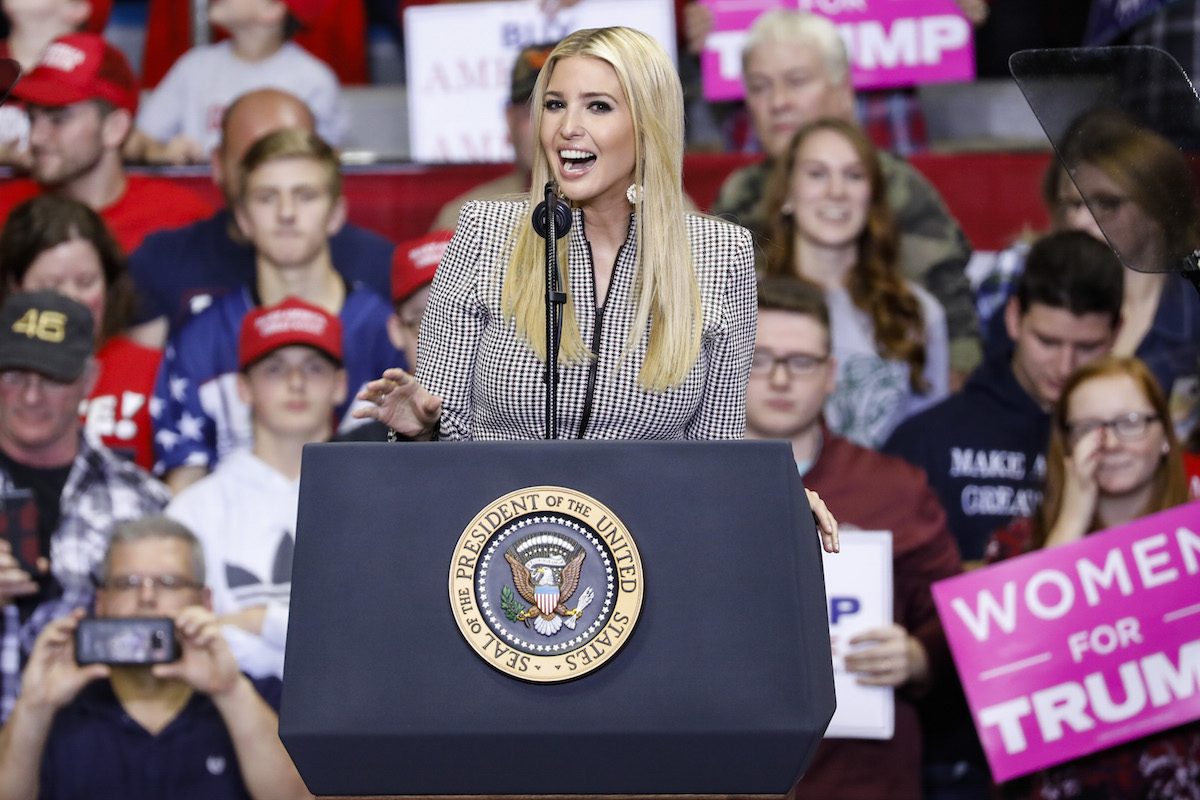 For a man who ran heavily on a campaign of “But Her Emails,” Donald Trump sure does like to employ people who don’t follow federal records rules regarding their own email accounts and servers. Back in September, it was revealed that Jared Kushner used a private email account to conduct White House business. Steve Bannon, Steven Miller, and advisors Reince Priebus and Gary Cohn had done the same.

We’d known that Ivanka Trump had used a private email account when she first joined the White House team as an unpaid advisor, and that she continued to “occasionally” do so after she officially joined the staff. Now, though, The Washington Post is reporting that she sent hundreds of emails last year to assistants, Cabinet officials, and White House aides, conducting official government business through her private account.

The shameless hypocrisy of these people never ceases to amaze me.

It is absolutely ludicrous that Donald Turmp could run an entire campaign on Hillary Clinton’s email server—which was the subject of a long-concluded FBI investigation—and continue to overlook such similar repeated behavior in his own staff. Weird, it’s almost like he never actually cared about email rules at all …

Luckily, the now Democrat-majority House members have said they will investigate this issue, but it’s not just the Trump White House pushing this hypocritical double standard. The New York Times, which treated Hillary Clinton’s email “scandal” like it was the end of days for the Democratic Party, is noticeably and pretty disgustingly easy on Ivanka Trump.

See if you can spot the difference between these two NYT headlines: pic.twitter.com/8mmJ95VBtX

But calling out hypocrisy isn’t the only reason we should care about this. Those federal regulations are in place for a reason. As The Washington Post writes, “Using personal emails for government business could violate the Presidential Records Act, which requires that all official White House communications and records be preserved as a permanent archive of each administration. It can also increase the risk that sensitive government information could be mishandled or hacked, revealing government secrets and risking harm to diplomatic relations and secret operations.”

And, because this is the Trump family we’re talking about, there’s an extra dose of potential corruption in the mix. This revelation comes right on the heels of a new batch of Chinese trademarks won by her branding company, which she refused to divest from, instead placing it into a trust (the bare minimum required by government ethics rules).

The lines between her government business and her personal business are glaringly murky, and she’s not the only Trump to barely even try to hide their plans to profit off of this presidency. Melania Trump made it clear in a lawsuit complaint that was her goal from day one, and she’s made six figures off of Getty Images’ use of pictures of her taken in an official White House capacity.

And of course, Donald Trump’s presidency has been incredibly lucrative for himself in trademarks, as well as government and foreign officials visiting his hotels.

As for Ivanka, the White House reportedly worked to cover up this “closely held secret” that she was, according to one senior U.S. government official, “the worst offender in the White House,” and her response to the violation is both troublesome and 100% Pure Ivanka Trump. According to TWP, “She said she was not familiar with some details of the rules.”

Ignorance is not an acceptable defense for ethics violations, but it’s entirely on-brand for Ivanka. She’s worked hard to cultivate a dual identity, so that no matter what she’s being accused of, she can lean into the contrasting image. If she’s being grilled on her father’s policies or his personal scandals, she’s a loving daughter, wife, and mother, and it’s inappropriate for her to comment or criticize on those things.

Yet she still demands to be taken seriously as a White House worker who’s the softer face of the Trump administration, convincing voters that her father/boss cares about issues like maternity leave, and attending G20 summit meetings in place of the president.

Jen Kirby at Vox put it perfectly, writing, “Trump wants you to believe she knows what she’s doing some of the time. But when she makes a mistake or sees it as expedient, she still wants to be able to play the novice card.”

Lucky for her, there’s no shortage of New York Times and other mainstream media writers ready to help her out.