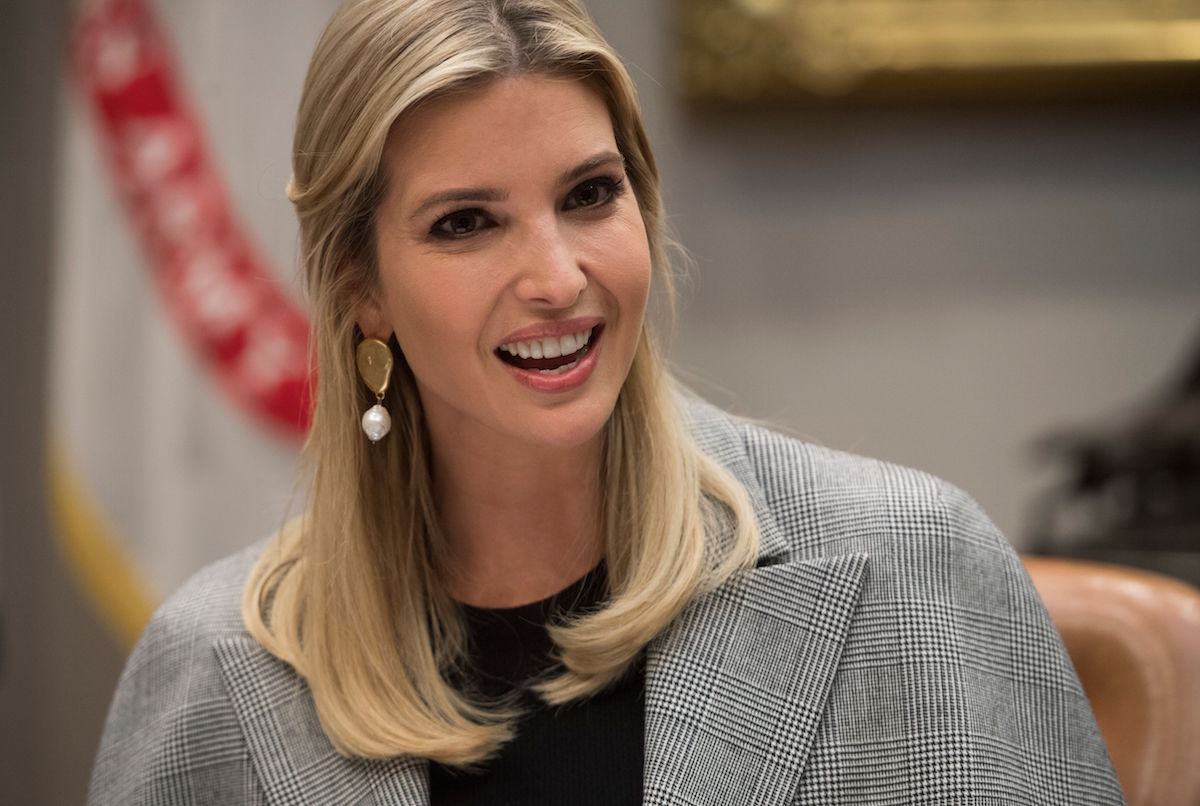 Last year, shortly after Donald Trump’s inauguration, Planned Parenthood’s then-president Cecile Richards took an under-the-radar meeting with Ivanka Trump. According to Politico, Richards wanted “to make sure that Ivanka fully understood what Planned Parenthood does, how it is funded, and why it would be a terrible idea for Planned Parenthood to be removed from being able to see Medicaid patients.” She hoped to “seek common ground on the contentious issue of abortion.”

That’s pretty much all Richards said about the meeting, with Trump the younger saying even less. Nothing seemed to come from it, and it didn’t seem to make any impact whatsoever on Trump the elder, surprising exactly no one.

Now, Richards has revealed more about the meeting in a passage from her new memoir, Making Trouble: Standing Out, Speaking Out, and Finding the Courage to Lead.

From the sound of it, Richards didn’t expect much to come from talking with Ivanka, but she felt that “even if there was only a sliver of a chance of changing anyone’s mind, I owed it to Planned Parenthood patients to at least take the meeting.” Trump accepted the meeting, but said that her husband, longtime shady real estate developer and newly-appointed White House advisor Jared Kushner, would be coming as well. So Richards insisted her husband also come. “If nothing else,” she writes, “I felt I needed a witness.”

After Richards laid out her argument in favor of her organization and explained all they do to provide necessary health care to women, Kushner reportedly told her Planned Parenthood “had made a big mistake by becoming ‘political.’”

Richards said Kushner laid it out: “If Planned Parenthood wanted to keep our federal funding, we would have to stop providing abortions. He described his ideal outcome: a national headline reading ‘Planned Parenthood Discontinues Abortion Services.’”

Kushner also apparently suggested that if that happened, Planned Parenthood might even see an increase in funding.

She writes in her book (via People), “If it wasn’t crystal clear before, it was now. Jared and Ivanka were there for one reason: to deliver a political win. In their eyes, if they could stop Planned Parenthood from providing abortions, it would confirm their reputation as savvy dealmakers. It was surreal, essentially being asked to barter away women’s rights for more money. It takes a lot to get [Richards’ husbnd] Kirk mad, but it looked like his head was about to explode.”

This was back when a lot of people still hoped Ivanka Trump would be a moderating force in her father’s administration. She came from a socially liberal world in New York and she declared that she would work for women, especially mothers.

But since then, we learned that she doesn’t actually do anything of the sort. She serves to soften her father’s image, not his policies. Even the parental leave plans she has proposed have been nightmares. First is was maternity leave only for married mothers, then a paternity leave plan that borrowed from social security. You’d think we’d get tired of having to point this shit out: Ivanka Trump doesn’t care about women. She cares about optics, and about the “political win.”

When Ivanka Trump met with Cecile Richards, she was on a “listening tour,” meeting with various groups, pledging her dedication to women’s issues. Afterward, she was criticized for her silence and inability to influence her father’s agenda, and she cooed away the ideas in interviews.

But it was so much worse than silence. She was claiming to care about women, to be willing, if not eager, to listen to and learn from women who have dedicated their lives to fighting for women. And all she wanted was to gut women’s access to safe and legal abortions.

Richards writes of that meeting, “I know there are people who will disagree with me, and maybe I shouldn’t have just shut down the conversation, but I did what I thought was best.”

No, we definitely agree.