What the It Remake’s Changes Leave Out About Trauma 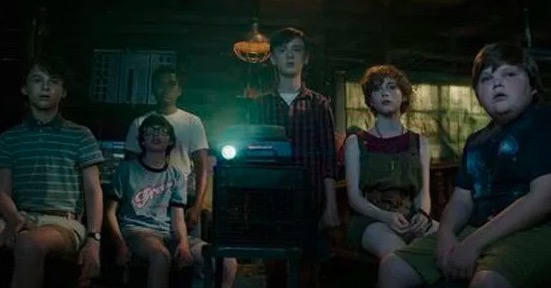 In Stephen King’s It, the eponymous monster rests for 27 years after every feeding, then wakes to gorge itself again on the fear and flesh of the small town of Derry, Maine. Andrés Muschietti’s newly released film version of It, coincidentally or not, came out 27 years after the 1990 TV miniseries starring Tim Curry—a new incarnation of the nightmare for a new generation of kids.

The novel and miniseries follow seven characters, childhood friends who call themselves the Losers Club, as they battle the monster as children and adults. Bouncing back and forth through time, the audience sees the two stories unfolding in tandem, 27 years apart. The children band together to fight It the first time, and simultaneously return to Derry as adults to do it again. What results is a layered and often meandering tale resembling a vague memory slowly taking form.

Muschietti’s adaptation sheds the doubled storyline and focuses only on the chronological first half of the tale, that of the adolescent Losers first encountering the shapeshifting beast. Most reviewers mentioned this shift in passing if at all, as a way of splitting the 1,100-page source material into two movies of manageable length, and given how It has been crushing it at the box office, I don’t think we’ll have to wait long to meet the grown-up Losers. I can’t fault the decision to truncate the story, but saving the adult storyline for later alters the tone of the narrative in fundamental ways that have mostly gone unaddressed.

The film version of It, like the novel, opens with the death of six-year-old Georgie Denbrough at the hands of a creature that appears as Pennywise the Dancing Clown. His murder is the catalyst that will pull his brother Bill, and all his friends, into battle with It. But in the book and the 1990 miniseries, George’s death is followed by a flash-forward to the seven protagonists as adults, each in turn finding out that It lives and they must return to Derry to fight it again. These flash-forwards are themselves intercut with flashbacks—each adult confronting their memories of the after decades of forgetting, and each child encountering It for the first time. Before the children’s storyline develops further, the audience has already met the characters years later and seen the lingering effects of their brush with evil.

It’s these aftereffects that lend the novel and miniseries a layer of nuance that 2017’s It lacks. It has been touted as a coming-of-age tale as much as a horror story, but the scope of the growing up it portrays is only fully realized through the eyes of the older characters looking back. King’s novel announces from its opening lines that the monsters of youth are not so easily defeated. While that of course applies to Pennywise in all It’s dreadful forms, it also includes the more mundane antagonists that prowl the edges of the Losers’ childhoods: parental abuse, bullies, trauma, grief.

In the novel and the miniseries, we see the Losers Club as children, doing battle with enemies both paranormal and all too ordinary; at the same time, we see their adult selves, continuing to deal (or avoid dealing) with the lasting implications of those battles. Overcoming what oppresses you is a standard trope of fiction in general and coming-of-age fiction in particular. It’s less common to see the struggle continuing after the moment of victory, although everyone who has dealt with trauma or suffering (so, everyone) knows that it’s part of life. What haunts us is seldom defeated in one bloody showdown; we keep facing it in different forms, again and again. The fluctuating chronology of It reveals the cyclical nature of trauma. By overlaying the childhood material with the adult repercussions, it brings to life the sensation that the traumatic experiences of youth are still happening, playing out in real time alongside adult life.

The Losers’ apocalyptic stand against It, as children, is colored for the audience by the knowledge that the beast will feed again, but this is echoed in their personal lives to quieter but more profound effect. We meet Beverly Marsh as an adult, battered by her husband, then watch her struggle to escape her violent father in adolescence. Grown-up Eddie Kaspbrak is plagued by illness and hypochondria. Later, in his youth, he realizes that his chronic illness is a figment of his mother’s imagination, designed to keep him under her control. The discovery is a triumph, but he will never truly escape either his illness or his mother—in the book, he marries a woman who physically and emotionally resembles her; in the miniseries, Eddie still lives at home as an adult.

The toxic patterns established by abusive parents can’t be shaken off as easily as running out the door of your childhood home. Yet It doesn’t deny the importance of those moments of rebellion; we rejoice with Eddie and Beverly as they seize the reins of their own lives, even though we know that it will take much, much longer to fully heal from the damage already done.

But the character most deeply damaged is Stan Uris. As a child, he’s rational to a fault, the Loser who most strenuously resists acknowledging that he’s facing something that doesn’t play by the rules, or even the laws of physics. The first time It threatens Stan, he evades It by chanting the names of birds from his field guide, reinscribing the natural world he knows over the supernatural one stalking from the shadows. As the childhood story unfolds, Stan must move past denial in order to overpower the monster who threatens not only his life, but his grasp on reality. In a book full of reluctant heroes, Stan is the most reluctant of all—but still indubitably a hero.

Grown-up Stan only appears in one scene. It’s the one in which Mike calls to tell him It has reemerged, and Stan calmly goes upstairs and slits his wrists in the bathtub.

Stan’s suicide occurs early in the novel and the miniseries, while the pieces are still moving into place in both timelines. The audience sees the Losers come together as children to defeat the monster, all the while knowing that Stan will himself be defeated by facing a truth so devastating he chooses to die rather than confront it a second time. And yet, just once, he does confront it. We watch Stan briefly transcend that which we have already seen destroy him.

The order in which the audience experiences these things matters. If It had a linear chronology, Stan’s story would end with his suicide, his death essentially negating everything that came before. Likewise, Eddie and Beverly ending up in relationships that echo their abusive childhoods would seem to imply that their earlier rebellions were in vain. But in fiction, what you see last is what stays with you; the final chapter tells you what the story has been about. And although there’s some denouement in the novel and miniseries of It, the climactic moment is when the Losers, at two different but simultaneous points in time, vanquish the creature of their nightmares. The story ends with the Losers winning

In its original chronology, It says you are defined by your victories more than by what they cost you. At the same time, of course, it says that victory will cost you, and that the price may be higher than you can stand to pay. It doesn’t try to simplify trauma, but acknowledges that it spills backward and forward through time, that destructive cycles can’t be escaped as easily as killing a clown or leaving your childhood home.

Muschietti’s It, excellent though it is, simplifies this messy truth into a much more traditional story of unlikely heroes coming together against all odds. It’s still profound, and it’s still compelling, but it doesn’t convey the same message: being a hero doesn’t always mean you win, and winning doesn’t always mean you survive. Our bravest moments do not save us from our deepest failings—but neither are they meaningless. What happens last isn’t necessarily what matters most. You might win the greatest battle of your life, then have to get up and fight it again the next day. That part of the story got lost in 2017’s translation, but I’m hopeful that the inevitable sequel will bring it to the foreground again.

“I never felt like a loser when I was with you guys,” says Sophia Lillis as this year’s Beverly Marsh, putting a too-simple bow on a story that isn’t finished yet. The truth is, the difference between a hero and a loser is mostly just what day it is. Everyone loses sometimes, but that doesn’t mean it isn’t worth fighting.

Lindsay King-Miller is a queer femme who does not have an indoor voice. Her writing has appeared in Bitch Magazine, Cosmopolitan.com, Buzzfeed, The Hairpin, and numerous other publications. She lives in Denver with her partner, a really cute baby, and two very spoiled cats. She is the author of Ask A Queer Chick (Plume, 2016).