Were You Hoping to Sleep Soundly? Too Bad, Here Are More It Images 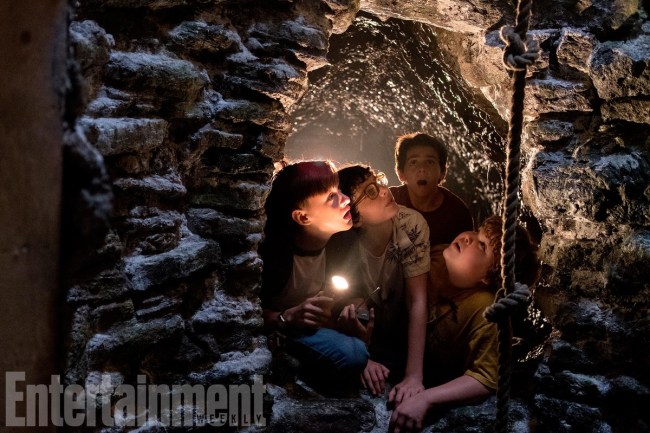 A new set of photos on Entertainment Weekly shares concept art and images from the upcoming adaptation of Stephen King’s It, which comes from Mama director Andrés Muschietti.

The photos focus mainly on a significant twist the adaptation takes, specifically the fate of Georgie Denbrough.  One of the photo caption writes, “The film version of Stephen King’s It skews the notorious opening scene in a way that changes the stakes significantly for one of the lead characters — Bill Denbrough (Midnight Special’s Jaeden Lieberher, second from left.) As part of EW’s Comic-Con double issue, we present a series of concept images from the Sept. 8 horror movie that explores the question: Does Georgie live?” 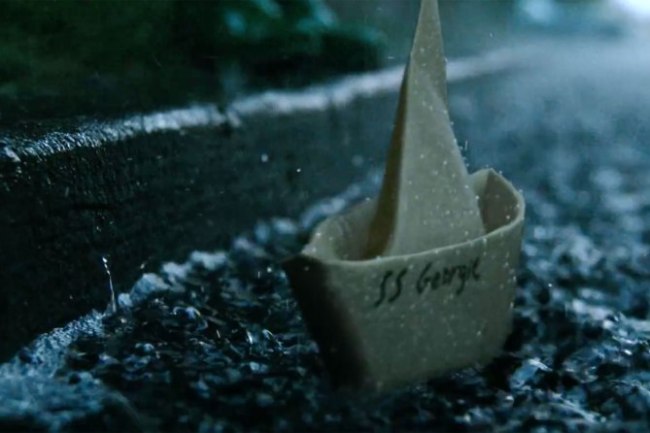 In the 1986 novel, Georgie chases a paper boat into the gutter, where he encounters Pennywise the Clown who then murders the young boy and rips his arm off. The new film departs from this and doesn’t leave a body to be found, leaving the Loser’s Club to embark an a search into the gutters rather than “a mission of revenge against the shapeshifting evil that lives beneath their town.” It looks like It has more in common with Stranger Things than just it’s nostalgic appearance and Finn Wolfhard, as one boy tries to find his lost younger brother who is either dead or in danger. 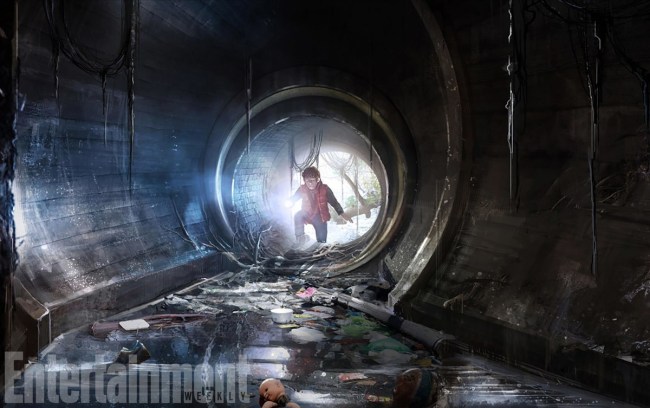 Most of the concept art takes us into the drains and gutters, which are casually littered with the “remnants of other lost children whose fears have fed the beast.” Ok cool, I didn’t need to sleep today. If anything, this film will ensure I never, ever walk by a gutter or step atop the many subway grates in NYC again lest I be kidnapped by a murderous clown. Another caption writes, “’The final confrontation happens in the lair where Pennywise lives, a big cistern, a circular space that resembles a cooling tower,’ Muschietti says. Bill may find what he’s looking for. And he may regret ever having searched.”

You can see the full slide-show over at Entertainment Weekly, if you dare.