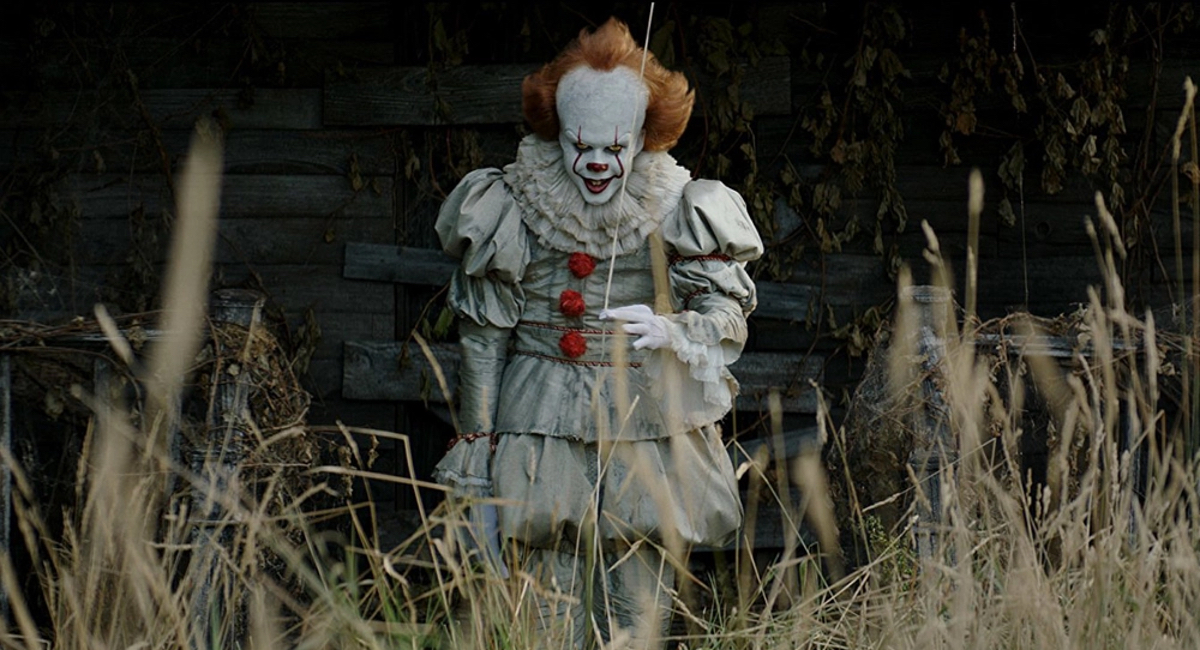 Between the Pennywises roaming San Diego Comic Con and the horrifying new trailer that just dropped online, it’s a great weekend to be a fan of Stephen King’s IT. The sequel to the 2017 smash hit directed by Andy Muschietti, IT Chapter Two, hits theaters on September 6. Given that a couple years of real-life horrors have happened, you might need a refresher on who’s who in the town of Derry, so sit back and let us take you on a tour through Maine’s single most haunted town.

Yes, it is. The book itself is nearly 1200 pages, so to do justice to the story, the film has been split into two parts. The first follows the Losers Club as plucky kids, and the second will follow them as adults. The book itself plays with time and flashbacks to create the characters, so Muschietti and screenwriter Gary Dauberman are streamlining the narrative by splitting it into two distinct chapters.

Also returning will be the character of Henry Bowers, now played by Teach Grant. Of course, Bill Skarsgård is returning as Pennywise.

He did fall down a well. But Bowers features prominently in both sections of the book, and so it makes sense that they’re finding a way to get him to return. Maybe he didn’t die? He seems to be institutionalized in the trailer; this makes sense as he was originally tried and convicted for Pennywise’s murders. I’m looking forward to seeing how they explain that.

Pennywise is an ancient, cosmic evil who feeds on children and lives under the town of Derry, Maine. It is a shapeshifter and absolutely inhuman; there is no sympathy or empathy. Pennywise can take the form of your greatest fears, or the clown can menace you in a pretty terrifying new form. There’s some weird cosmic things that happen in the book that hopefully the film will get into. Make Pennywise super weird. Or, well, weirder.

The adults of Derry don’t notice what’s happening, either as a metaphor for how uncaring adults can be to the struggles of children or because of the way It has cast a spell on Derry. Pennywise hibernates for 27 years, and during that time it can be easy to forget that there’s a monster hiding under the bed. Also, the adults in the book are uniformly terrible. Do not trust any of them.

The first film ended with the kids teaming up to defeat Pennywise in a smackdown that rivaled the Avengers vs. Thanos. (not really, but still, nothing but respect for my Avengers.) The final scene is of the kids making a blood pact to come back to Derry if It isn’t defeated to finish it once and for all. The kids all leave one by one, and Bill kisses Bev before she leaves town.

It will take more than a couple kids with baseball bats and crowbars to defeat Pennywise, but how he could be defeated … well, I think I’ll let the film speak for itself.

It’s a horror film, don’t get me wrong, but it also functions as an amazing character study of trauma and fear. The Losers Club is amazingly well-rounded; the first movie’s cast was delightful and the second film’s cast is star-studded. We’re being promised an even more intense and frightening film, and of course Pennywise will be the talk of the town again. If it’s half as good as the first movie, it will be a hit, and it could ultimately become the highest-grossing horror film given how hyped people are for it. The opening night screenings are bound to be excellent.

Get ready for more coverage as we get closer to the film’s release, and hopefully the film will float to box office success and critical acclaim too.

Do you have any other burning IT questions? Let us know and we shall seek to find the answer.