It (2017): The Surprising Subversiveness of Beverly Marsh | The Mary Sue

It (2017): The Surprising Subversiveness of Beverly Marsh “I want to run towards something, not away.” –Beverly Marsh

Going into It, my expectations weren’t high. After all, it’s an adaptation of a book whose sole female character is largely defined by sexual violence and exploitation through an adult male gaze. Yet, as well as being a surprisingly well-crafted horror movie, this new adaptation reclaims Beverly Marsh’s sexuality as something quietly subversive.

It is a coming-of-age story wrapped in the horror genre, giving layered meaning to its fear factor; both the literal fear of a child-killing monster, and the irrational, less tangible fears that the kids cling to. Killing the creature that manifests and animates these phobias promises to exorcise both. Whether it’s haunted paintings, germs, survivor’s guilt, or just plain old clowns (far too easy for a predator like Pennywise), the fears of the Losers’ Club are rooted in their pasts, which Pennywise exploits easily because they’re so ingrained. But what about Beverly, or “Bev,” the token girl of the gang? Her fear appears to be a fresher, more imminent one. It’s also the only one that we witness developing in real time on-screen, and its resolution becomes a defining and triumphant journey for her character.

We’re first clued into it with a shot of Bev standing in front of a wall of sanitary products, her eyes scanning over the intimidatingly wide range of pads and tampons. She’s alone. No mother or older sister to confer with. Not even any girlfriends her own age to seek advice or support from. Spotting the boys, she quickly hides the box she picked, as if it’s contraband. And it is. Menstruation shame is drilled into women from a young age. Bev clearly feels uncomfortable about her burgeoning maturity, but is it her biggest fear? Pennywise seems to think so.

When he targets her, he goes for the jugular—literally. Blood explodes around her in the sanctuary of her bathroom, drenching her, plastering the walls a new shade of beetroot. This twinning of female sexual maturity and horror is one we’ve seen in Stephen King stories before. The Carrie vibes are as thick as the blood-soaked tendrils of hair that crawled up from the bathroom sinkhole. Superficially, it would be just as easy for viewers of It to assume that this is the single takeaway from the film’s only prominent female character’s arc: Bev is scared of getting her period, she helps kill the clown, end of story.

But, the film actually goes a little deeper into it than that. With the exception of Bill, Bev consistently proves herself to be most resilient fighter against Pennywise’s tactics. Even when the fear-hungry monster has her at his mercy in the sewers, she’s not afraid of him. He can’t scare her anymore—or kill her. And that’s because by the time this confrontation happens, Bev has already confronted and taken down the real monster in her life, one that she’s been living under the roof of her entire life. The fear that Pennywise once used against her becomes her salvation. 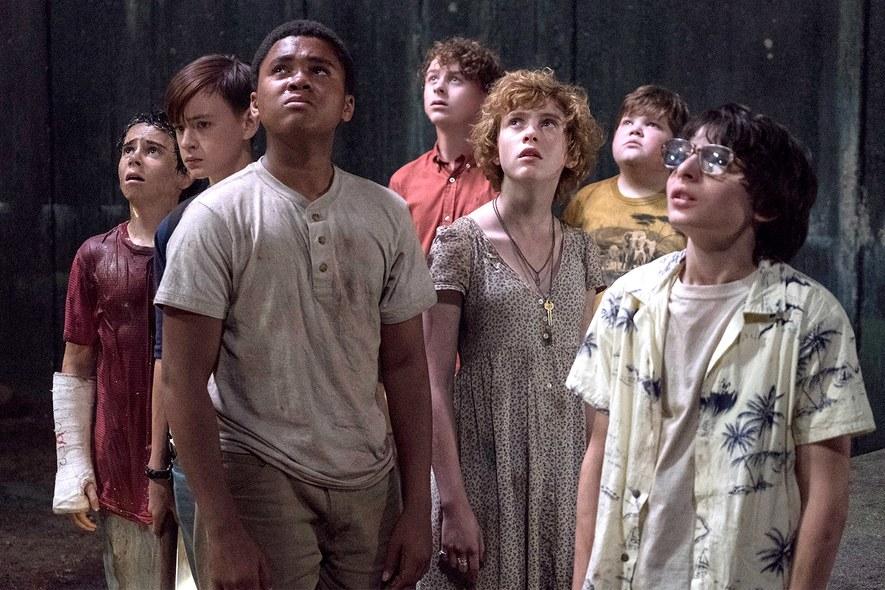 Throughout the film, it’s made clear that the most of the kids have more to fear than just an inter-dimensional clown with too many teeth (which is already more than enough for any preteen’s plate). They also have to battle the controlling adults in their lives, from Eddie’s coddling mother stuffing him full of placebos, to Stanley’s imposing, Rabbi father. Breaking free of their parents’ tight grips is the other battle they have to win.

In Bev’s case, her sexually predatory and abusive father presents the most potent and horrid manifestation of this. Alone and embittered, he lashes out at the one thing in his life he probably feels he can easily control: his young daughter. His repeated infantilization of her—“You’re still my little girl, right?”—is an exercise of dominance rather than nostalgic affection, making her impending maturity a looming threat to him. Bev rebels against his oppressive authority in small but significant ways. He strokes her long, girlish hair, so she cuts it off. She fears he’ll come into her room, so she locks herself in the bathroom to read love notes. These micro acts of subversion are her attempts to counter his microaggressions. The unwanted caresses, the lingering stares, the loaded comments.

In the real world, women have to endure these kinds of microaggressions all the time. Men who tell us when to smile, what to wear, how to behave, and who we can spend time with. Even something as inconsequential as the length of a woman’s hair is sometimes used by fathers, boyfriends, and husbands to control them. That’s why Bev’s decision is chop hers off is so powerful. It’s a visible “fuck you” to her dad—her attempt to break through the atmosphere of fear clouding her home and try and prevent larger, violent acts of abuse. That same act of defiance comes back to attack her later. Locks of her shorn hair burst from the sink during Pennywise’s bloody assault on Bev, attempting to disrupt the sanctity of the one place in the house she felt safe in. 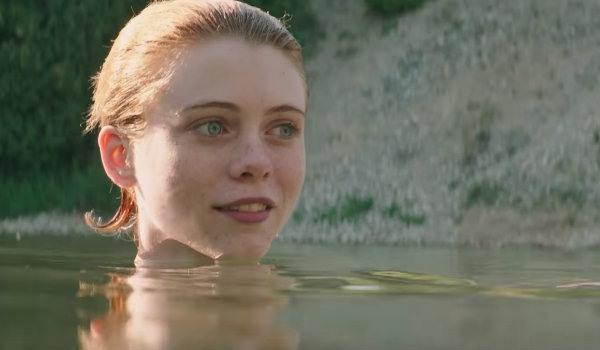 Later, the boys help her clean up the mess, like a cleansing ritual. It’s a touching moment. Bev’s isolation is alleviated, and with renewed fire, she manages to be the first to land a blow on Pennywise in his home. Later still, Bev soaks in the tub of her freshly cleaned bathroom. She spies a spot of blood on the floor, and her expression is hard to read. At first, it seems like a callback to the horror that stained the room before. But Bev seems unperturbed. Could it be hers?

As Bev attempts to leave the house to join the Losers in their last stand against Pennywise, she must face her own demons first. Her father grips her arm—he isn’t going to let her go. This time, though, Bev seems imbued with new confidence to try to fight him off. Something has shifted within her. It’s possible that Bev has become empowered by an important realization—that her sexual maturity is not something to fear, but a gateway to freedom, a weapon to fight off both a fear-feasting clown and a cowardly man, both of whom draw strength from the vulnerability of children.

It is by no means a perfect movie. It doesn’t pass even something as basic as the Bechdel test, employs the dull “damsel in distress” trope towards the end, and underwrites both of its only black and Jewish characters. Even the focus on menstruation as the universal defining entry point from girlhood to womanhood can be critiqued as a regressive, cisgendered one. But, by reducing the graphicness of the abuse Bev suffers and cutting the extremely problematic sex scene from the book, this new adaptation works hard to do right by its token girl, nonetheless. 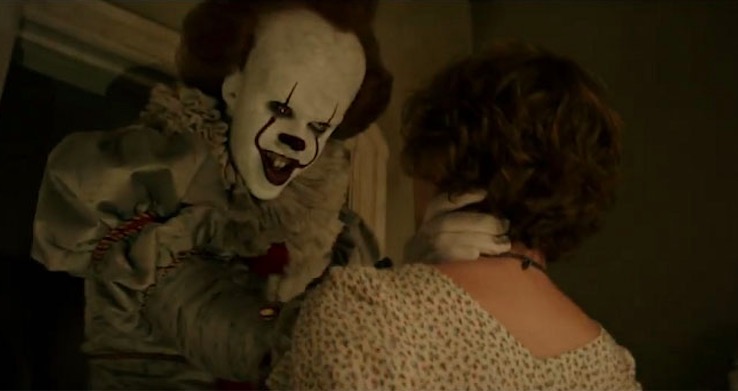 By the end of the film, Bev is officially initiated into the Losers’ Club by the very substance she was once terrorized with. It’s also no accident that, in the closing shots, she absentmindedly smears her blood across Bill’s cheek as they share a kiss. Blood, it seems, literally and symbolically colors her development through the story as a transformative substance—fear, friendship, and sexual awakening.

Hannah is a writer, illustrator, librarian (yes, they still exist) and feminasty based in the UK. When she’s not working, you’ll find her collecting Clow Cards, training her Blaziken to be the very best like no-one ever was, and binge-watching RuPaul’s Drag Race. Follow her! She’d like the company: https://twitter.com/SpannerX23