HBO Insecure’s Issa Rae Joins The Hate U Give Adaptation 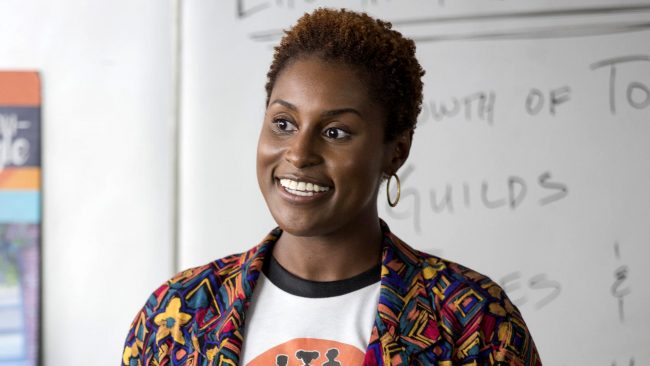 Stenberg stars as 16-year-old Starr, who witnesses a police officer shooting her best friend, Khalil (Smith). It’s reported that Rae will play April, an activist “that helps Starr find her voice” as the teenager struggles to navigate “the poverty-stricken slum she has grown up in and the upper-crust suburban prep school she attends.” I’m very excited to see the Insecure star in her first on-screen film role. Rae is an excellent comedic talent who’s never shied away from addressing heavier topics in her show, making her an excellent fit for the activist role.

Y’all! If only y’all knew how big of a fan girl I am of @IssaRae. It would be an understatement to say I’m THRILLED to have her as Ms. Ofrah https://t.co/JI4eTGM9Sp

Fact: I squealed so loud when I found out, I scared my momma and almost got smacked upside the head. Can’t even be mad.

Are you looking forward to seeing the stellar The Hate U Give cast on screen?

(via Shadow and Act, image: HBO)

Issa RaeThe Hate U Give