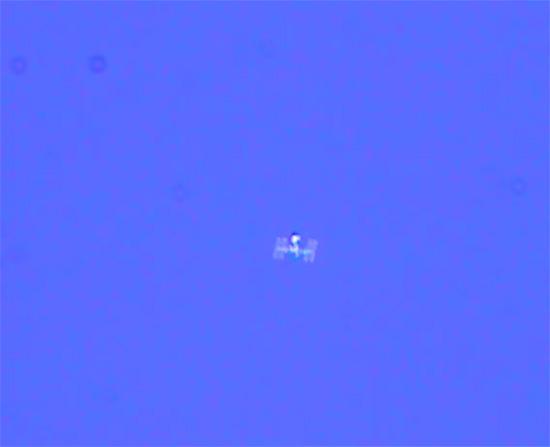 You’ve seen the International Space Station and the Space Shuttle as they transit across the sun, and you may have seen them from a soyuz spaceship, but you probably haven’t seen them from Earth in broad daylight. Using only an eight-inch telescope and a video camera, astronomer Scott Ferguson was able to capture images of the ISS with the docked Atlantis orbiter over an hour after sunrise. His only trick, besides experience in astrophotograpy, was specialized software to predict the position of the space station — important when the subject of your photograph is orbiting 210 miles above you.

Though Ferguson’s video is certainly impressive, the Bad Astronomy blog claims that because of the space station’s 300 foot span it can be spotted with binoculars. You won’t see any detail, just an elongated point that, clearly, is not a star or a planet.

But that aside, kudos to Ferguson for his incredible video. See it for yourself below.