An Anime Guide on Finding a Love—*AHEM* Sorry, a “Rival” for Valentine’s Day

Is this the person you're going to share an unshakeable bond with? 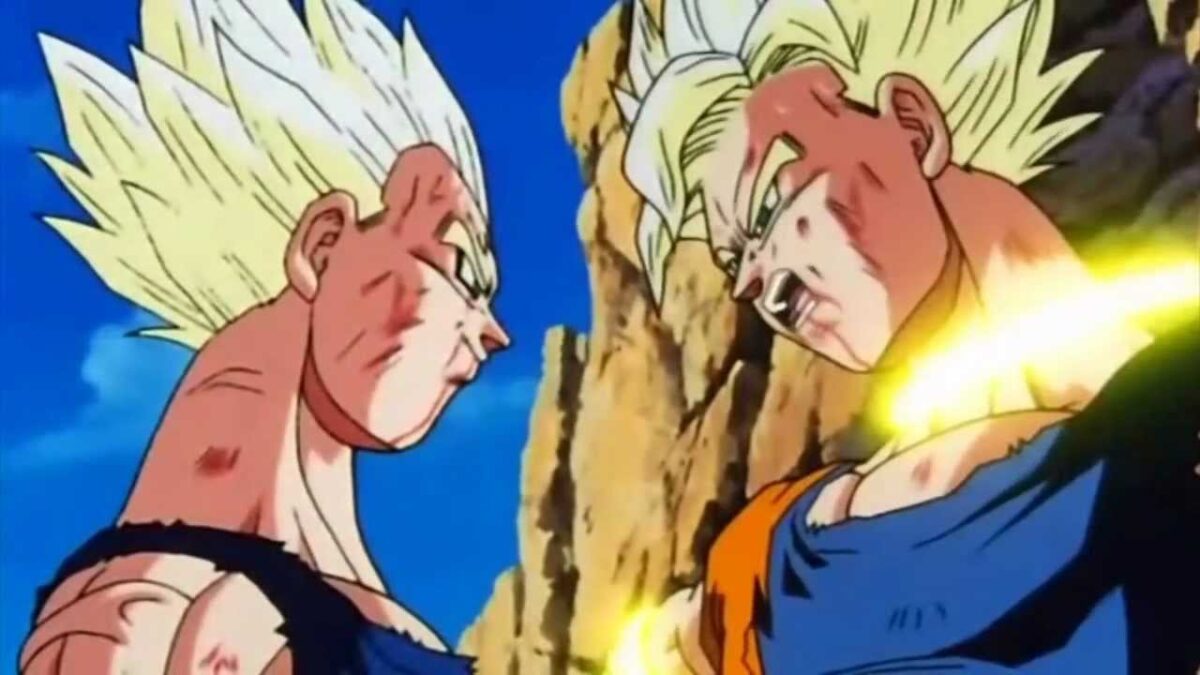 As we continue our steady course toward Valentine’s Day, it may be time to take a deep breath, approach the mysterious silhouette in front of you, and ask if they’ve finally gotten strong enough to best you in combat.

Let’s be honest: One of the greatest character interactions in anime (and media in general) stems from rivalries. There’s something quite intimate about someone dedicating an ungodly amount of energy to being better than this one other person. Frankly, a lot of the tension would be solved if the characters just held hands or hugged or kissed or (censored), but instead, we’re treated to episode upon episode of will they/won’t they? Are they friends? Are they enemies? Is the creator just writing the longest slow burn fic of all time?

A proper rivalry is a not-really-forbidden-because-it’s-right-there-in-the-damn-opening dance full of raw, uninhibited emotions that, in some cases, is more powerful than the actual love story in the show. So this Valentine’s Day, I’m writing a handy dandy list of ways to tell if that person who keeps glaring at you and growling your name like some wild animal is the rival for you.

Did you have a best friend back in the day? Someone you shared a bond with? And suddenly, when you were both, hm, teenagers, they got all reality show I’m not here to make friends on you? And now all you do is fight?

Maybe something happened to trigger it in your childhood and it’s been awkward ever since?

The point is this person is now somebody that you used to know and every interaction you have with them is tense. Will you ever return to those old times?

Surprisingly, the reverse is true, too! It’s not just former friends who become rivals. Enemies, in some cases, go from world domination to setting their sights on beating one singular person.

The difference is that former enemies can get way more obsessive about it. On top of swearing up and down that they’re still enemies, damn it, they’re willing to drop everything for the sake of beating you in combat.

It’s not enough that they beat you. They want you to know, without a shadow of a doubt, that they’re better than you. By like, a lot.

So it’s not going to be a close victory. No. They want to utterly destroy you and everything you stand for.

It would take a lot. I mean. A. LOT. For them to ever admit needing your help, so until that moment comes, expect them to tell you to eff off, even if their life hangs in the balance, even if the entire world is depending on you working together.

Even if you’re not seeing eye to eye, they’re always hoping that you’re watching them so you can see how much they’ve improved. Does it matter that you hate them? It should, but it doesn’t. In fact, it just makes them more determined to show you that they’re worthy of your time.

I mean it. Y’all are going to go head to head about everything. This person is going to find any reason to make a situation into A THING. You think you’re just sitting there, eating dinner? Nope. Eat faster, loser.

No matter how hard you try they’re just … there. All the time. You think you won’t see them again now that you’re at a new school?

It’s like fate. You’re just destined to have this person by your side, no matter what (and you two would probably miss each other if you ever did split up).

On the surface, they’re pretty aloof. When you try to get close to them they look the other way. To be honest, you’re not sure if you’re even friends.

If something happened to you, worst of all, if you died? They’d be upset. Hell, they’d probably get a power boost to go and avenge you.

So you better not die. Okay?

Even if their goal is to kill you, life wouldn’t be the same without you in it.

It makes them uncomfortable.

You may have started off underestimating them (or vice versa), but the fact remains that when you two put aside your differences and work together, you’re unstoppable.

And the aftermath? Totally worth it.

Just don’t tell them that.

Hopefully, this list helps you figure out whether or not that person who keeps making passive-aggressive comments about your chosen skill or the fact that you have the audacity to breathe air will solidify a lifelong rivalry.

NOT THAT I CARE!