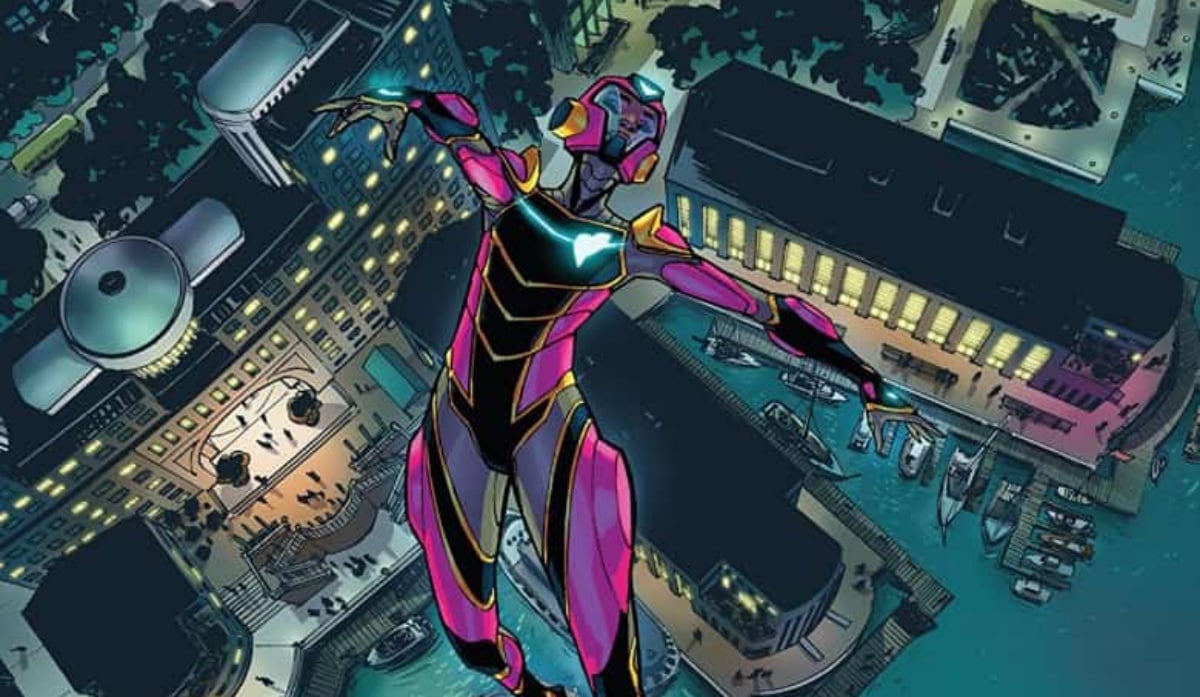 There have been rumors flying around for a while that my daughter, Riri Williams, a.k.a. Ironheart, would be making her television debut in a Disney+ series and that it is in development. That has yet to be confirmed, but because of the Secret Invasion storyline coming, it makes sense that Riri would be brought in. However, just because we don’t know when doesn’t mean there isn’t a plan.

God of War art director Rafael Grasetti shared an Instagram image of the design he has in mind for Ironheart, which he created during a live stream.

Ironheart 🔷❤️ — Can’t wait for the character to hit the big screen! This is the sketch we started during the live stream. Done with #zbrush and #photoshop .Been really busy for the past few days but we’ll do another one this week! Thanks 🙏🏻 #marvel #ironman #comicbook #mcu

The outfit is really cool, bringing together the lithe design from the comics with flares of Tony’s MCU suits.

I have enjoyed Tony Stark’s version of Iron Man, but while I get those already missing his incarnation, the franchise made the decision to kill him off, and I hope they stick with it. Part of what I love about legacy characters, in general, is that they can be a natural and organic way to include diverse characters. In a world where superheroes are common, of course young, exceptional people would want to get those same abilities and change the world.

Riri Williams has become, through the writing of Eve Ewing, a character that has so much potential and promise. Ewing’s writing and Kevin Libranda’s designs really elevated her character from the well-intentioned, but clunky-in-execution creation of Brian Michael Bendis and artist Mike Deodato.

While many have been quick to give the MCU’s version of Peter Parker the new “Iron Man” role, as someone who loves Spider-Man outside of the MCU, I don’t want his character and his purpose to be so interwoven with Tony. That was one of the things that really took me out of the second installment of MCU’s Spider-Man. (Especially because Spider-Man >>> Iron Man, sorry not sorry about what I said.)

Peter doesn’t need to be Tony Stark 2.0, and for that matter, neither should Riri, but the legacy of Tony Stark belongs in a new chapter, and Riri was literally created to turn that page. Regardless of whether it’s a Disney+ series or a big-screen adaptation, I hope that we not only get to see Riri Williams, but that we also get writers and a director who understands the importance of bringing a young, smart, Black female heroine onscreen. We know it can be done, so just do it.