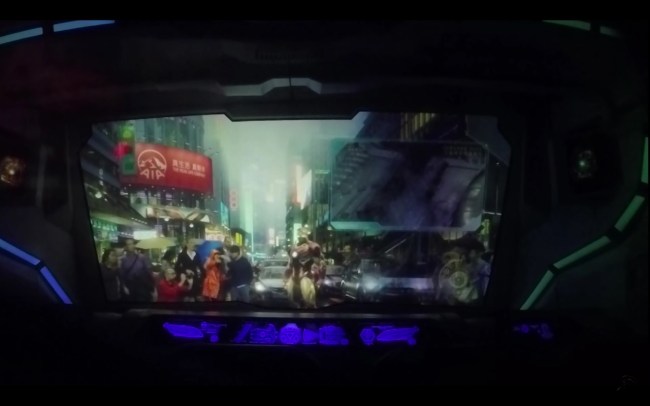 A while back, Hong Kong Disneyland unveiled their plans to create a ride experience based on Iron Man, making the park Disney’s very first park to feature a Marvel-based ride. Now, for those ride enthusiasts who maybe don’t have enough moneydollars to shell out for a trip to Hong Kong (hi, me too), the wonderful Theme Park Review YouTube channel has a video shot from the point of view of a rider. I guess you can just dim your lights and move your phone/tablet/computer monitor along with the action on your screen?

From what I can tell, the ride utilizes the same ride system as, say, Star Tours in Disneyland. It’s a big motion simulator-type ride with 3D glasses, basically. Much of the footage presented on the ride also feels like Disney’s Soarin’ ride, in that the first half of the ride is a tour of the area surrounding Hong Kong Disneyland. I won’t spoil the story within the ride, but suffice it to say that if you’ve been on Star Tours, you know a little bit about what’s going on. Heck, even the ride’s introduction and finale (and parts of the queue, too) feel very reminiscent of the Disneyland original.

Still, it looks like a fun experience, and it’s certainly an interesting one for being Disney’s first foray into a full Marvel experience.