The Life and Times of Hurricane Irene, in 99 Seconds 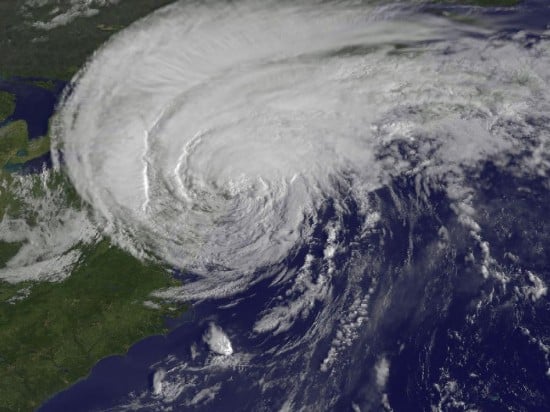 All eyes were on hurricane Irene this weekend, and that included NASA’s scientists who kept an eye on the storm from the National Oceanic and Atmospheric Administration’s GOES-13 cloud satellite. They’ve recently released a time-lapse video of the storm, showing the storm’s birth in the southern Atlantic ocean, its tempestuous childhood over Peurto Rico, its coming of age off the coast of Florida, and its twilight years as it hit the East Coast.

What’s particularly interesting about this video is the scale on which the events play out. Everyone knows that hurricanes are extremely large storms, but actually seeing one develop and still be larger than Florida is amazing. Read on after the break for NASA’s amazing video, chronicling eight days in the life of a massive Atlantic storm in a mere 99 seconds.