Spoiler alert: it's a lot.

So you know how the 5C was billed as a cheaper alternative to the more elaborate 5S this year? Yeah, that’s only if you live in The United States. Everywhere else, you are pretty much screwed. We decided to round up a couple examples of just how screwed you are, because we really can’t believe how high these prices are.

First, this morning we saw on Business Insider that the cheapest option for an iPhone 5C in Brazil will run you about $880 USD. The 5S jumps up to about $1200 from there. But that’s probably just Brazil, isn’t it? They must have some really weird tariffs and taxes over there that drive up the price to an enormous degree. It must be affordable elsewhere in the world, right?

The starting price for the iPhone 5C on their UK website is £469, which converts to about $757 in US dollars. The 5S, in contrast, will run you £549 or $886 USD, which at the very least isn’t as high a price difference as the one that Brazil reportedly has. In China, it will run you something similar at about $730, which is $4448 yuans, and in India, it surprisingly only goes for about $461, or Rs 28,900. How sad is it that something under $500 for a phone actually feels like a bargain right now?

But this high price markup doesn’t just occur in countries that are far away from the United States. Even in Canada, you basically have to fork over your firstborn when you compare our measly $99 to their $599 CAD (which is about $572 USD). 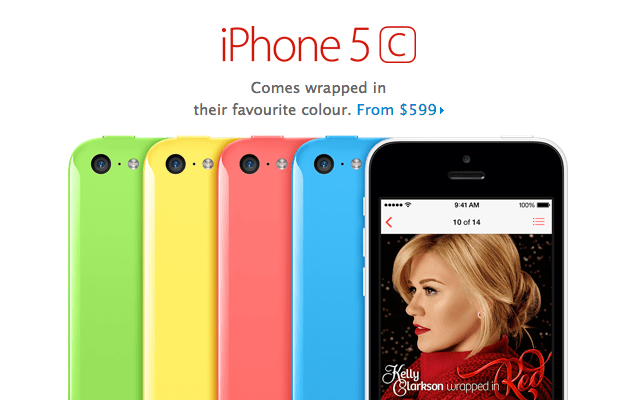 Why the giant leap from $99 to $572? Because that cheaper price requires you to buy into a contract with one of the three major phone networks in America, and in other parts of the world, those types of contracts just aren’t as popular. In the UK, for example, they’ll even let you buy into a Pay-As-You-Go SIM card plan right on the Apple website. The best you can do without a phone provider is actually $549 for an unlocked phone in America, which is actually pretty close to what Canada pays.

Still, as far as we can find, nobody gets close to the estimated $1600 for a higher-end iPhone 5S in Brazil. If Apple is going to keep its foothold on the smartphone market around the world in the future, it’s really going to have to try harder to make its merchandise affordable everywhere. Over 1.5k for a phone is pretty much the most ridiculous thing we’ve ever heard, even if it is the fancier phone.

(via Business Insider and Apple)