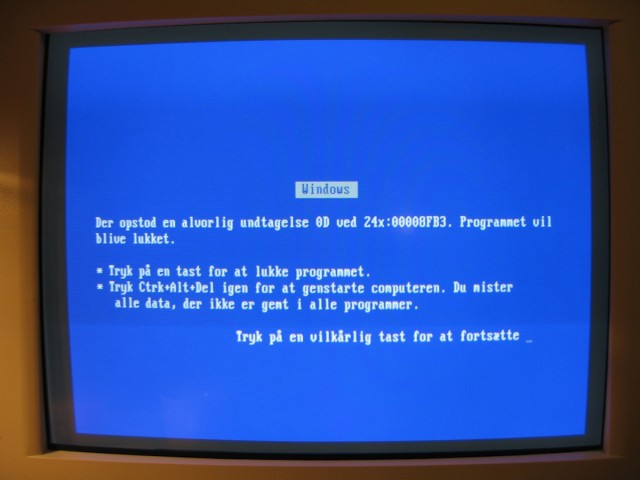 In a cruel twist of fate, Apple’s newest darling, the iPhone 5s, seems to have come down with a plague thought to only exist on PC platforms — the “Blue Screen of Death.” That’s right, 5s users have been treated to unexplained and frustrating freezes and forced reboots.

The problem seems to have something to do with the iWork apps that are preinstalled on the device. When users run the iWork apps and try to use the iOS multitasking feature, the screen will actually turn blue and then reboot just like the infamous Windows crashes. If you listen closely, you can actually hear the Apple fanboys weeping. As if millions of voices suddenly cried out in terror, and were suddenly silenced.

It appears there are actually several other ways to trigger the bug as well, and YouTube is filled with videos of users documenting their personal version of the problem. Here’s one from user bhaveshvaghela123:

We can only hope Apple will address this quickly, as it is more than just an easily avoidable, isolated error. The best course of action for the time being seems to be disabling iCloud for the iWork apps until there is an update to rectify the problem.

Hopefully Microsoft doesn’t sue Apple over the use of their proprietary method of frustrating their customers. If you see any despondent 5s owners today, take a moment to comfort them. They’ve basically just been told there’s no Santa Claus.

(via The Verge, image via Kasper Duhn)