Report: All iPhones with iOS 4.3 Will Be Able to Function as WiFi Hotspots, Not Just Verizon’s 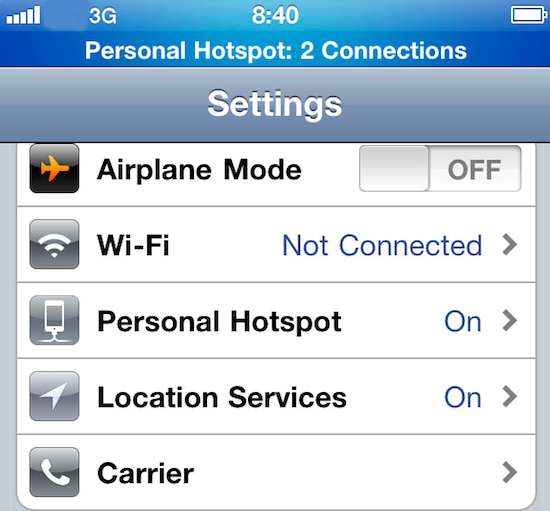 As Verizon Wireless framed it at yesterday’s announcement, one of the Verizon iPhone‘s major selling points versus the AT&T iPhone is its ability to function as a mobile WiFi hotspot. However, BGR reports that this feature isn’t quite the exclusive selling point that the tech press hailed it as yesterday: In their words, “the personal hotspot feature that debuted on the Verizon iPhone yesterday will, in fact, be making its way to all iPhones in iOS 4.3.”

This kinda makes sense: The iPhone debuted at yesterday’s Verizon event was notable for running the yet-unreleased iOS 4.2.5, and Apple watchers wondered if this was a Verizon exclusive or if Apple was simply giving Verizon a little bit of a head start. The release date for iOS 4.3 has not yet been confirmed, although it is believed to be some time in the first half of 2011.

Even if the WiFi option is built into iOS 4.3, it will still require carrier support to work. AT&T has said that it is “evaluating” Apple’s new mobile hotspot feature; if this report is correct, the ball is firmly in AT&T’s court.

(story and title pic via BGR)