Juror Uses iPhone to Look Up a Dictionary Definition in Court, Sparks Mistrial 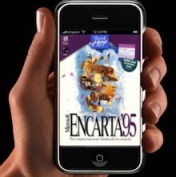 Florida’s Court of Appeals recently overturned a manslaughter conviction because one of the jurors on the case had used his iPhone to look up the definition of “prudence” during the trial. (Tech geeks may snicker to hear that he did so using Encarta.)

The state had been seeking to convict a man in his sixties named Jose Tapanes of first-degree murder for fatally shooting his 19-year-old neighbor Christopher Cote after the latter walked his dog on Tapanes’ property and the two got into an argument in front of Tapanes’ door: Tapanes claimed to have feared for his life and been threatened. Much of the case hinged on whether Tapanes had acted in a “prudent” manner in shooting Cote, a term used in the jury instructions and closing argument of the case. The juror looked up “prudence” on Encarta and shared his remembered definition of something like “careful and sensible, with care to consequences” with the rest of the jury, which the Court of Appeals ruled may have influenced the ultimate verdict in an “improper” way.

From the Court’s opinion: (warning: PDF)

The appellant was convicted of manslaughter with a firearm, a lesser included offense. After the appellant was convicted, a juror contacted defense counsel and claimed that during a break from jury deliberations, the jury foreperson used a smartphone, specifically an iPhone, to look up the definition of “prudence.” The court granted a motion to interview jurors and determined, after an evidentiary hearing, that there was juror misconduct based on the fact that the jury foreperson utilized his smartphone to search an internet site, Encarta, for the definition of “prudent” or “prudence.” The foreperson shared this definition with other jurors during deliberations. At the hearing, the foreperson testified that he did not bring the smartphone physically into the jury room, but he shared the definition that he remembered basically as meaning “careful and sensible, with care to consequences.” Many of the other jurors who testified at the hearing remembered another juror sharing the definition of “prudent.”

While the trial court reviewed the matter of the iPhone dictionary lookup and found it “harmless,” the Court of Appeals did not, and so Tapanes will have to be tried again.

Courts have ruled in the past that dictionaries are not permitted in the jury room and constitute “grounds for a new trial“: As the opinion above notes, the juror claims not to have brought the iPhone into the jury room, but reading and sharing the definition was enough. The New York Times has previously reported on the prevalence of court cases disrupted and turned over by jurors using their smartphones to do things like check Facebook or look at Google Maps; this case is further proof that it’s harder and harder for long-established legal procedures to hold up in the age of the Internet.